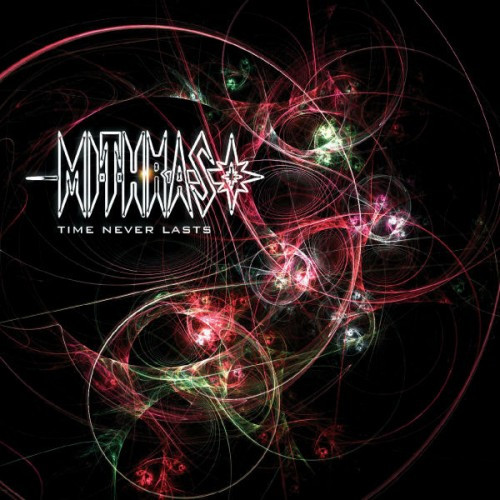 For today you’re getting a combined review of three new EPs from three brilliant – if extremely different – bands, in one post. With each only being a 2-track release (barring the live cuts which bolster the Mithras release), it seemed only fitting to group the three releases into one column.

Their complex, cosmic take on the death-metal template is wholly individualistic and utterly compelling, and this EP is no different, building from the focussed intensity and progged-out melody of their last album to give birth to two songs which, although quite different in style, express the multiple facets of the Mithras sound powerfully and eloquently.

“Time Never Lasts” is a spacey, intricate number of complex melody and restrained power. Majestic leads soar like comets before plunging into the depths of dense and impenetrably layered riffage. The vocals of the returning Rayner Coss are both clear and powerful, expressive and nuanced in their ability to convey both deep emotions and complex ideas, while Leon Macey’s drumming continues to meld his impeccable sense of technical precision with his smooth and individual style of playing.

By contrast, “Inside The Godmind” showcases the other side of Mithras’ divergent personality, delivering a devastating attack of rhythmic, mechanised guitar-work and ominous, threatening atmospherics, over which primal growls rage with all too human anguish and fury. Twisting and turning, the track whips up a storming, elasticated groove that bounces and refracts with slamming, meteoric force. Crunching riffs heave with the incalculable weight of dark matter, while swirling leads and throbbing, pulsar bass-lines combine to induce an undercurrent of bleak, black hole ambience beneath it all. 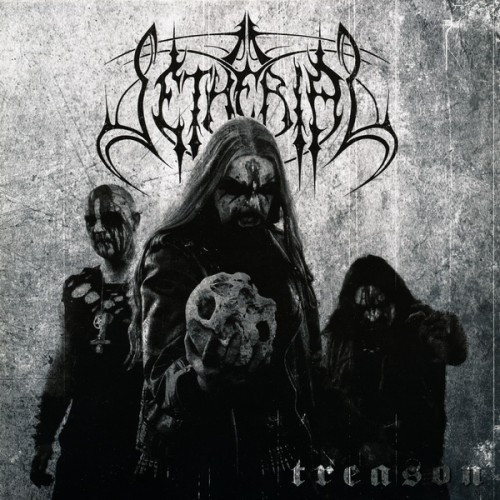 Blacker than the blackest black, times infinity, Setherial unleash a hellish torrent of bile and blasphemy with every one of their releases, and the Treason EP is no different. Colder and cleaner than 1349, yet altogether more vicious than Dark Funeral, the band cut a vicious path of their own amongst the black metal pack, exploring blasphemous cosmological themes with their technically gifted, blizzard and blast approach.

Beginning with the murderous fury of “Treason (A Death That Breeds Through Aeons)”, the group show they have lost none of their venom or ire, exploding with evil fury into a series of icy, scalpel-sharp riffs and firestorm blast-beat drumming. The spiteful and savage vocals of Infaustus gibber with demonically possessed fury, unflinchingly brutal yet delivered with a punishing clarity. The constant whirlwind of violent riffs is broken solely by moments of brooding, melodic calm which act like the eye of the storm, misleading the listener before the relentless winds of paint-stripping vocals and flesh-tearing guitars

“Warfare (God Is Dead)” [originally by Zyklon-B] varies its approach between hellacious blasting and a more murderous, discordant groove, Mysteriis demonstrating a wide variety of fills and drum patterns to accent and support the inhuman pummelling he consistently delivers. The unflinchingly cruel vocals of Infaustus are more restrained and callous than on the previous song, violent expulsions of vocal vomit layered minimally over the harsh and scathing riffage. The militaristic march of the song’s mid-point “god is dead” refrain is enunciated with such toxic intensity that it chills the soul, leading into the climactic blast-frenzy before slowly collapsing into a dark and somnolent funeral groove.

[audio:https://www.nocleansinging.com/wp-content/uploads/2011/10/01-Treason-A-Death-That-Breeds-Through-Aeons.mp3|titles=Setherial – Treason (A Death That Breeds Through Aeons)] 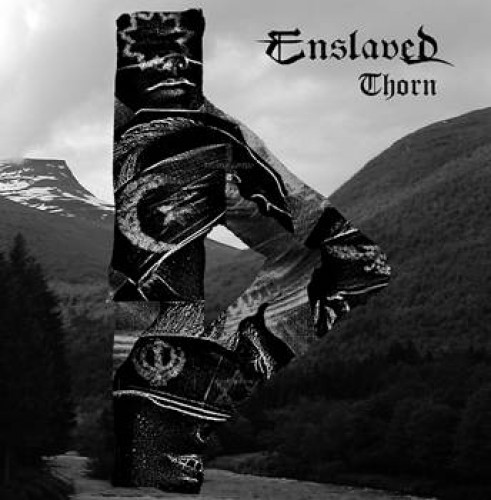 This is an interesting one, with a fair bit of history behind it, with the material having its roots in a much older and more primal period of Enslaved’s history. As such the vibe is much different from that found on Enslaved’s more recent albums, an incoherent, almost animalistic ferocity, tempered by the dark and progressive inclinations which were always present as an undercurrent to the band’s sound.

“Disintegrator” was written to celebrate the 10th anniversary of the Hole In The Sky festival and showcases a side of Enslaved we haven’t seen in a long time. Raw and vicious despite its keyboard heavy sound, it captures a wild and windswept atmosphere redolent of vast wastelands and bleak, empty skies. Rougher and more bestial than we have heard in some time, the vocals of Grutle Kjellson crack and creak with rusted malevolence while the steady, grinding guitars combine with icy, shimmering keyboard lines to build a wall of eerie melody and droning ambience, glacial in its power and intensity.

Meanwhile, “Striker” offers a more subdued form of blackened melancholy and unsettling atmospherics, less aggressive and animalistic, yet just as raw in its expression of bleak, primordial despair. Bass-lines rumble like distant thunder on the horizon, frozen guitars casting bleak shadows pierced only by the lightning flash of harsh, whip-crack snare hits and icy moon-beams of ethereal keyboards. Over and over, these dominating, shifting synths weave a web of darkness and despair throughout the track, while the vocals gasp for light and air beneath the dense and suffocating pall of mother night.

Mithras released their EP as a “taster” of what’s to come on their next album (which is currently scheduled for a 2012 release) and to mark Rayner Coss’ return to the band. In addition to the two new songs, the EP includes live tracks from Coss’ last live show with the band, recorded in London in 2008: “Tomb of Kings”, “Wrath of God”, and “Beyond the Eyes of Man”. The EP is available now in CD format from mithras.bigcartel.com and as a download from all major platforms.

Setherial’s Treason EP was released on 7″ vinyl by Goathorned Productions. I haven’t found any place where you can get an authorized download of the EP; you won’t have to look hard to find the unauthorized kind. Setherial’s web site is here.