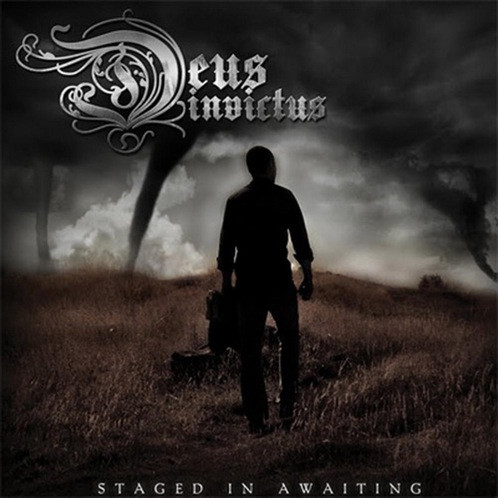 (TheMadIsraeli returns to Deus Invictus with a review of their most recent album, Staged in Awaiting.)

Featured in a random music post I did fairly recently, Deus Invictus are an Atlanta band I stumbled upon in one of the downloading sprees I go on every so often to see if I strike gold. When I found out they were Christian I was even more intrigued, since I’m a Christian who thinks Christian music SUCKS THE BIG ONE IN SPADES, including most so-called Christian metal. Yes, I know, there is Extol, Mortification, Living Sacrifice; all three of them are excellent and legends in what they’ve done, especially for the more religiously inclined who love metal as much as any non-believer, but we need more bands like those.

Deus Invictus impress me with their combination of Cynic-like experimentation, Pestilence-like songwriting, and Death-like riffing and mood. A rather ambitious debut awaits hearing in Staged In Awaiting (2010), bringing torrential hailstorms of riffs of almost every sort within a progressive death metal framework. You won’t hear many albums this well put-together and well thought-out these days that are this diverse and this jarring.

Opener “Alas, The Anvil” starts out with a jazzy, clean intro that then drops like an atom bomb straight into an assault of Cynic-style dual guitar interplay and counterpoint. The rest of the song, like the rest of the album, is a total blur of awesome. My head is still spinning from it, but I think there was, like, a shitload of tempo changes or something. Lots of distorted-to-clean transitions and uh, tasteful use of sparingly utilized clean vocals, but mostly a pretty set-in-stone death growl with some serious power behind it. There are even some Opeth-ish-like-esque sections on this album that change the mood up nicely. (more after the jump . . .) 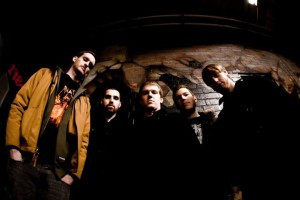 I mean, just the first two songs of this album wear me out mentally, so much depth and complexity in the music to absorb. I’ve listened to this album 10 times now, and I STILL can’t predict the music. That is good songwriting to me, when a band can make their music just as surprising and refreshing after multiple listens as after the first.

This is honestly a hard album for me to review. It has so much diversity within it, so many interesting ideas, and yet the songs flow together extremely well. The riffing covers, like, almost every possible gambit imaginable for their style. I have a feeling these guys could become something big by their next album (which is already in process). Check these guys out and see what you think. You may be pleasantly surprised to hear that Christians can, in fact, be as brutal and techy as anyone else out there and execute the music superbly well.

Staged In Awaiting is awaiting the time when your attention will be turned to it. Hopefully, you’ll obey its call. This is an album that should speak for itself, because I’m not capable of doing it justice in words. To learn more about the band, visit them on Facebook here.