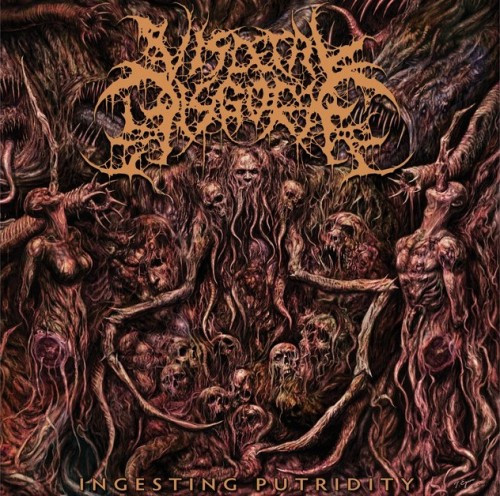 I’m sitting in an airport, waiting on a plane, with a few minutes to kill. Just a few minutes, though. Just long enough to kill you with a song while I kill time.

The band is Visceral Disgorge, from Baltimore, Maryland. They released a debut album over the summer called Ingesting Putridity. Can you guess what the music will sound like, based on these clues: the name of the band; the name of the album; and the album cover? Here’s one more clue: The name of the song is “Necrocoprophagia”.

This song, by the way, will be featured in the October edition of SickDrummer magazine and CD compilation. Go past the jump and let it kill you. My plane is boarding.

Here are a bunch of links to pages about Visceral Disgorge, with more music to stream: