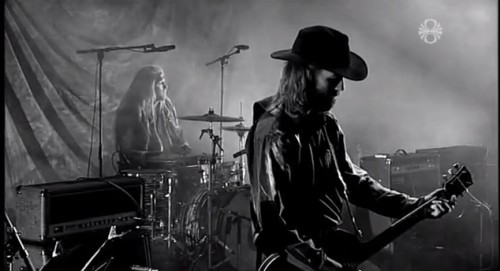 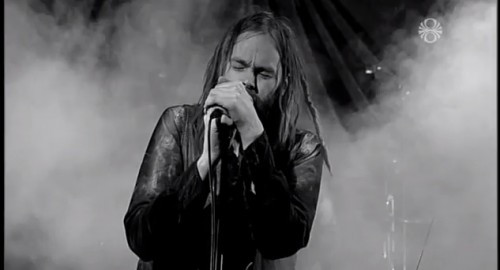 About 10 days ago, I put up a post about the forthcoming album by this Icelandic band, which had then just started streaming on a Finnish metal site. I also featured one song from the album, which had simply floored me. That song drew an extremely positive response here at NCS. I just discovered that two days ago Sólstafir appeared on Icelandic television, with a live performance of another song from the album called “Fjara” (Icelandic for beach) and it’s now up on YouTube.

This is clearly fated to be an atypically mellow day at NCS, with that new Devin Townsend demo and that William Basinski track included in our last post. At least for the day, we may have to adopt Andy Synn’s tongue-in-cheek re-naming of the site: “No, Clean Singing!”

“Fjara” is a slow, doom-y, song that’s quite beautiful and, to me, quite arresting. Just like the first song I heard from this album, it made me stop, pay attention, become fully drawn into the music, and start playing it again as soon as it finished. I have no doubt it will follow me around like a ghost the rest of this day.

The black-and-white video really suits the music, too; you can tell that the band members were emotionally invested in this song to the hilt when they played it. Do check it out after the jump. Svartir Sandar is out now on Season of Mist. Wouldn’t it be wonderful if you could watch bands like this on American TV?