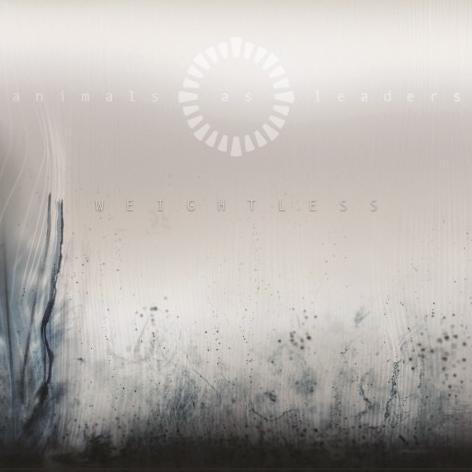 (Today is something of a rare instrumental metal day at NCS. Following our review of the new album by Odyssey, TheMadIsraeli provides some thoughts about the sophomore effort from another NCS favorite, Animals As Leaders.)

Animals as Leaders, and more importantly Tosin Abasi, proved themselves to be quite the anomaly when they released their self-titled debut in 2009. The trio’s combo of instrumental djent, jazz and electronic music in tandem with Abasi’s top-notch proficiency in the shred department created a sound completely unique at the time. Now we have Animals As Leaders (or AAL from here on) laying on us a new album of musical mindfuckery by the name of Weightless, and I’m telling you now, this album is a trip.

Weightless takes the formula established on AAL’s debut and ratchets everything up to 11 — not doing anything dramatically new, but making a tried-and-true sound even better than it was originally. This enhancement is instantly apparent in opener “An Infinite Regression”. After an eerie, tapping intro, AAL blasts open the door with cacophonous drumming and noisy, low-end, 8-string tapping, and the stage is set for the song’s main melody, a quite apprehensive and dark one at that.

Throughout the elaborate melodic layers of Weightless, there is a pronounced feel of a dreamlike state, but it all comes with an overhanging sense of tension. Songs like “Earth Departure” demonstrate this perfectly, whereas other pieces like “Odessa” simply step into the brain with the kind of twistingly atonal-and-then-melodic back-and-forth that only the best of jazz fusion usually musters. Other songs such as “Do Not Go Gently” prove AAL’s ability to convey a mood and tell a story by the cadence of the song alone, the melodies and rhythms both contemplative in their nature but otherwise functioning as quite separate entities, like two streams of thought meeting and becoming one. 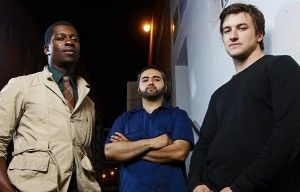 I was apprehensive about this album after reading statements by Tosin in interviews that he was getting far more into electronic music, and that it would be a huge part of Weightless. Fortunately, I and others who may have been equally apprehensive totally misunderstood his statements. His electronic influences are definitely more prevalent, but they are perfectly interwoven with the heavy. This conjoining gives the album a unique sound that the debut didn’t have, for sure.

Javier Reyes and Navene Koperweis prove they are more than just Tosin’s wingmen, providing the guitar layers and drum attacks, respectively, that are necessary to make the vision come fully to life. Navene’s drumming on this album is especially notable. His beats and lines are very human and soulful — exactly what you would hope for in music of this nature. The variation he puts into 3 minutes of song time is amazing.

The production (also courtesy of Navene) is almost a contributing member of this band on its own. By contrast with Misha Mansoor’s cold, mechanical approach on the debut, Weightless is made of flesh, blood and bone. The organic sound pulls AAL away from the sterile, lifeless, digital abyss of most djent and moves it more toward a musical representation of mind and soul. This production approach ultimately fits AAL’s sound much better, especially in how it brings out the richness of their harmonic content.

This album is baroque in its emphasis on ornamentation while maintaining consistency of mood within each song. Empty space is a no-no; if there is a hole, it gets filled. If the music can be layered, it will be layered to its maximum potential. This richness may make serious listening to “Weightless” a bit of an overwhelming task for some, but there are some genuine melodic treasures to be discovered simply by sitting back and taking it in.

My advice? Buy it. This is top-notch music performed by top-notch musicians who know how to convey mood and soul and who, without fail, will take you on a mini-journey with every song.

EDITOR’S NOTE: Weightless will be released by Prosthetic Records in North America on November 8, in mainland Europe on November 4, and in the U.K. on November 7. If you’re new to AAL, you can find more info via their facebook page here. AAL will soon be starting a U.S. tour with Between the Buried and Me and Tesseract. The schedule can be seen here. Now, music from Weightless:

8 Responses to “ANIMALS AS LEADERS: “WEIGHTLESS””