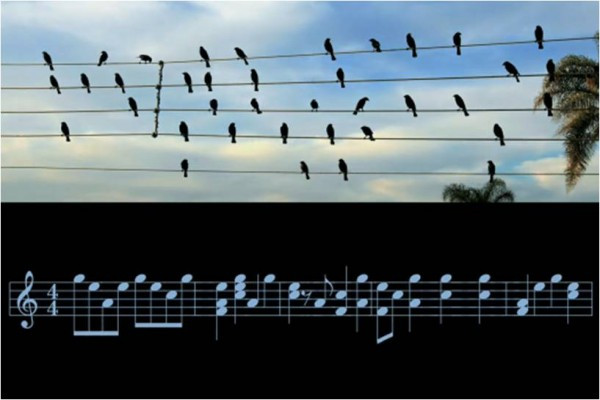 I found this on a fascinating web site called The Ark In Space. One day a dude named Jarbas Agnelli saw a picture of birds on electric wires in a newspaper he was reading — the same picture you’re seeing in the top half of the frame up above. He noticed that the positions of the birds looked like a piece of musical notation.  So, he decided to see what kind of melody might be created based on the position of the birds on the wires, as shown in the photo.

He contacted the photographer who had taken the original picture, who also became intrigued by Agnelli’s idea.  That led to a further story in the newspaper, and Agnelli pursued his idea diligently, creating an animation based on the photo, accompanied by the musical score he created based on the birds’ positions. He says there is absolutely no Photoshopping involved here — that the melody is created from the exact positions of the birds on the wires.  Check it out after the jump.

Now, this was so cool that that we here at NCS decided to do something similar with . . . other birds. You can also see and hear the results of our experiment after the jump.

First, here’s the music that Agnelli created from the photo he found:

Birds on the Wires from Jarbas Agnelli on Vimeo.

Now, here’s the picture we used for the NCS experiment: 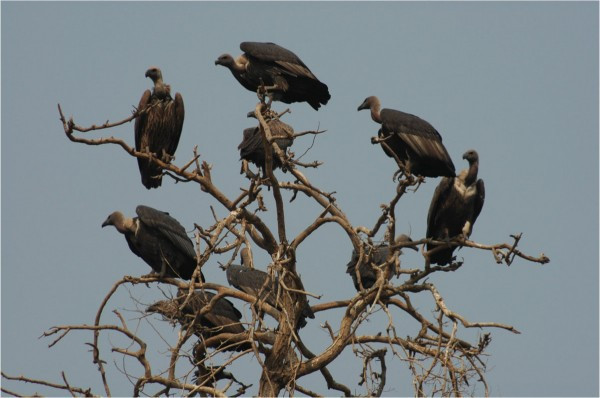 We transposed the position of these . . . birds . . . into musical notation, and here’s what we got:

Okay, even though you never would have guessed this on your own, we have to be brutally honest, which is the only kind of honest we know how to be at NCS:  We didn’t really transpose the vulture positions into notes and create the resulting music. The song is called “Pestilent Force” and it’s from the new album by Sweden’s Bastard Priest, Ghouls of the Endless Night, which will be released by Pulverised Records on November 7. We plan to review this album, but so few of our plans actually come to fruition that I thought we at least ought to do this post about this band’s carcass of musical carrion. The album is beautifully rotten to the core.

9 Responses to “BIRDS ON THE WIRES”