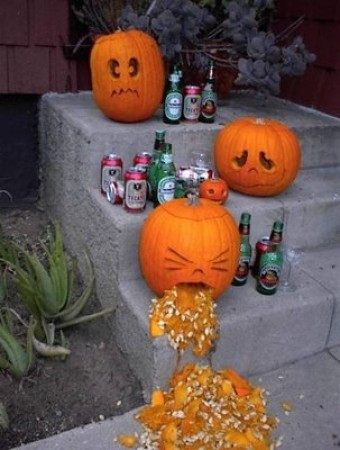 Well, don’t I feel like a dick. Yesterday I invited NCS readers to suggest metal for Halloween and I said I’d pick three songs from the suggestions and play them by nightfall. I got a bunch of interesting looking recommendations in the Comments on that post. However, in order to pick the three songs I thought were best-suited for the occasion, I needed to listen to all the recommendations. Unfortunately, my fucking day job turned into a fucking day-and-night job, and I had no time to do that.

Fuck, I didn’t even have time to listen to three of the songs picked at random. While metalheads throughout the Halloween-celebrating world were out getting smashed while looking even more ridiculous than usual, or getting smashed in the privacy of their own basements while looking only usually ridiculous, or simply ignoring the holiday in favor of whatever metalheads do on a normal Monday night, I was slaving away at what I do to put bread on the table (and the less said about that, the better). So, yes, I failed.

What to do to make up for this fuck-up? Well, it’s probably not as good as another phony tour t-shirt, but what I’m going to do each day for the rest of this week is to pick three songs at random from the list of suggestions and play them for you. Think of it as a week’s worth of Halloweens. That may suck if you don’t like Halloween, but I have a feeling the music is going to rock. And for the first installment, I’ve picked the first three suggestions I got yesterday (from Phro, Trollfiend,  and Andy Synn) — music from Type O Negative, Februus, and The Black Dahlia Murder.  After the jump.