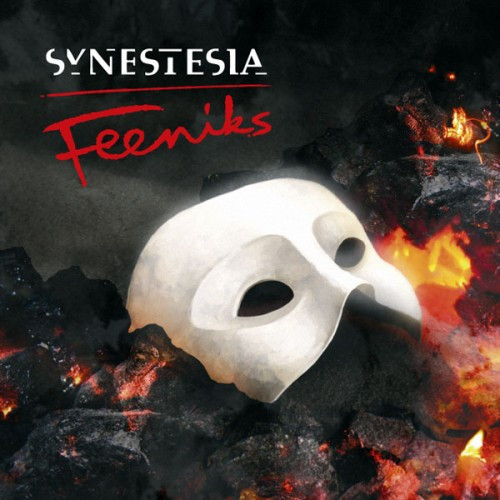 And here is the first of our guest posts, which will be running with greater than usual frequency over the next three weeks or so while your humble editor’s own blogging time is squeezed down to a nub. And this one comes from one of our faithful readers and commenters from Finland who introduces us to three bands, from Germany, France, and Finland (of course).

Greetings fellow low-life scum of the NCS family. I am jeimssi, the random Finnish dude who posts pointless and shitty comments on this site.

Nevertheless, I decided to give it a shot at contributing to the crÈme de la crÈme of metalblogs, and besides, you gotta help a brotha out!
As you all probably know, the Godfather, Islander has requested the readers’ aid for keeping up the flow of posts, while he goes for an ‘adventurous’ vacation in Thailand. (who am I to judge, we’ve all been there)

Now, my capability in producing bearable written text is, pretty strictly said, shit, let alone be it in English. So I’m not even going to try and come up with funny and clever depictions of the following music I’m about to introduce. Just small introductions about the bands and letting you do the analyzing yourself.

When I started to think about the possible bands I could write about, I ended up with a small problem. I wanted to do a post about bands who would be new to the readers, but my taste in music is frighteningly equal to the one that is present here in NCS, meaning that people are already familiar with many of the bands I listen to and could have written about.

The first band is called Lyfthrasyr. They are from Germany and have a relativily unique sound, drawing influences, to name a few, from black metal and orchestral music. The sound is atmospheric, cold, dark and even crushing from time to time. But enough with my sad attempt to describe their music. Words, especially if they’re mine, will never do justice for this music, so give it a go!

Now off to our second band, which is one of the latest acquaintances of mine: Yyrkoon (seriously, try yelling that name out loud). These bad boys are from France, the country that has rapidly emerged, in my eyes, into a big-deal metal country, on par with Sweden and Finland. This band is fully capable of inflicting a permament neck injury upon any puny mortal that gets in their way.

Still, any possible physical deformations or brain damage caused by their music is well worth it. Yyrkoon’s music is lethal, fast and groovy. It will make you want to fuck things up. The elements of trash, death and tech-metal blend into one sweet package. Here’s a song called “Schyzophrenic Carnage”. The name is as awesome as the song itself.

ALSO! These guys have a pretty sweet web-page that is totally worth a check even if you didn’t get a hard-on from the music. Go HERE for that.

And finally the last band. Now, I bounced the idea of introducing some Finnish-sung metal for a while and I also wanted to include one Finnish band. I do realise that sometimes when you hear music that is sung in total gibberish to you, it can be a turn-off. But then again, there are plenty of songs that are good even when you don’t have clue what the lyrics are about. So what the hell, here we go, whether you like it or not:

Synestesia is a Finnish 5-man band from the town of Pori, formed in 2001. They play some intense melodic death metal with a get-the-fuck-out-of-my-way attitude. Speed is definately not an issue. Tasty solos and overall godlike guitar work? Bet your ass! Bestial vocals second to none? PANCAKE! Some of the best and most brutal lyrics in metal I have ever come across? Yes. Yes and yes. Oh yeah…no habla finlandeses…Too bad! Anyways:

And just in case you want some more, here’s another one:

21 Responses to “JEIMSSI WEIGHS IN”