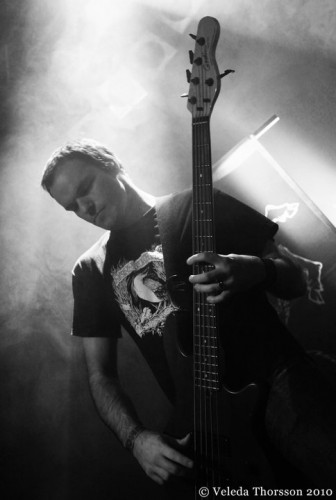 JW: I don’t think it is fair to say a better response, but it has undoubtedly been very positive. Way more positive than we had anticipated. Each of our albums receives negative and positive feedback, and for different reasons and Marrow of the Spirit has been no different. I think it may appear that we are getting a better response for this album, but I also think we are more in ‘the public eye’ this last year than we have been in quite some time. I think if you asked the average Agalloch fan what their favorite album was, most people would still say The Mantle.  (more after the jump . . .) 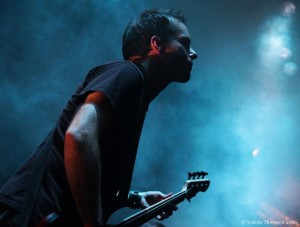 SP: How did the deal with Profound Lore come about? Did they hear demos of the tunes off Marrow or did you guys have a previous relationship with them?

JW: Chris Bruni, owner of Profound Lore has been a friend for many many years. He had released vinyl for us in the past, so when we broke away from The End, it was a logical choice. We entertained many offers from labels, but the personal relationship we have with Bruni is very important, and he is one of the few labels out there that is still about art, on the artist’s terms, and we won’t settle for anything less.

SP: What are a few bands that have had you hooked recently? Any lesser-known acts that you think everyone should hear?

JW: A wide variety of music. Loss from Atlanta is first-rate doom. A must. Salem, the Witch House act has been getting a lot of play. Lately I’ve been listening to Emeralds a lot, Rush, Blue Oyster Cult, Wildhunt, Dimesland, Peste Noire, Dordeduh… Disma released the best Death Metal album this year. Acephalix. There is so much I’ve been listening to. The new Absu is absolutely stellar.

SP: Being a guitarist myself, I must ask a few questions that are more detailed toward your gear setup. When going overseas are you bringing your own gear? I would assume you’d bring your own guitars, but will you be bringing your heads and cabs? Pedals?

JW: Guitars and pedals of course, but bringing heads and cabs just makes no sense. Overseas we rent the same equipment we own at home. This helps us reproduce our sound as well as possible no matter where we are.

SP: What is your bass of choice?

JW: Right now I am playing a Godin 5 string active Freeway. I am looking to upgrade, but still shopping around. I love the Godin, plays smooth and sounds great. 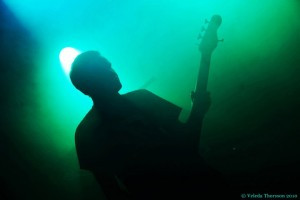 SP: Now what is your DAW of choice? I already know the answer, but the readers probably do not. Do you like to do all the mastering as you’re mixing? I know that some engineers like to actually do minor mastering BEFORE actually mixing an album, so they know the outcome.

JW: I am a ProTools guy. I know many scoff at ProTools, but it is just that, a tool. It can be used for good and evil, and just because something touches ProTools doesn’t mean its going to sound digital, fake, cold or machine-like. I use PT8 with a Command|8 interface. Yes, I do minor mastering as I mix, but very minor. At this point I mix everything ‘in the box’ but plan to transfer to analog summing this next year.

SP: I’ve been a huge fan of Agalloch since about 2007, and I’ve always wondered something: Why don’t you guys have endorsements? If you do, and I’m mistaken, you can shoot me down.

JW: It is something we have pondered, and we have had offers, but not something we have actively pursued too much. Part of it is so many endorsement deals require brand logos on CDs, posters, require you to take asinine photos with their gear, just entirely not our style. Having said all that, I am actually endorsed by Gibson guitars, but it means little, very little. Aesop (Dekker) is endorsed by Allegra Drums in Portland.

SP: I’ve been wanting to ask you this for ages, but I’ve never had the chance to. When are we gonna see the Self-Spiller album released?! I remember hearing that unmixed version on MySpace ages ago, and I’ve always wanted to hear more.

JW: The album is done, and at this point, all that is left is the CD layout. It should be released late 2011 on Vendlus Records.

SP: Thanks again Jason for taking the time to answer these slightly mundane questions. I’ll be sending you all of the new Arkhum demos soon.

EDITOR’S NOTE: If you happen to be one of those few NCS readers who still hasn’t tumbled to Agalloch, you can find them on Facebook HERE, and THIS is the Profound Lore fb page.

To download a song from Agalloch, courtesy of Profound Lore, visit this location.

And last but not least, you can learn more about Stephen’s band Arkhum via this link.