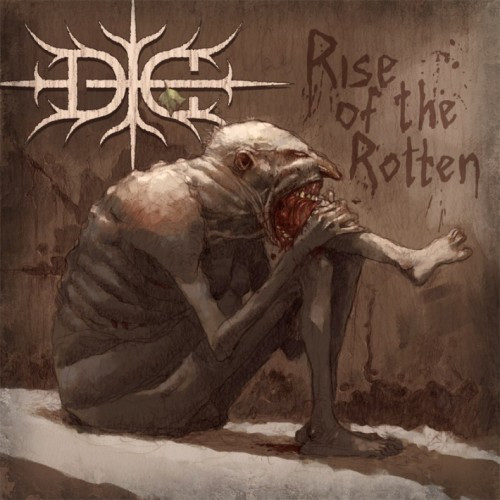 In the brief minutes of each vacation day that I yield to the tug of metal, the great cosmic dice-roller of chance has been serving up death metal the last couple of days. Yesterday it was Bodyfarm and My Own Grave, and today it’s a Danish band called DIE. Yes, that’s DIE with all capital letters. No exclamation point, but there might as well be.

I owe this discovery to the NCS reader, commenter, and source of useful information who calls himself Utmu. He wrote me about this band back in July and then again yesterday, when I didn’t take the hint the first time. Blessings be upon his horned head for persistence, because I am really liking what I’ve heard so far. It has gone upside my head in ways both thuggish and surgical.

The dependably brutal Unique Leader record label released DIE’s debut album, Rise Of The Rotten, in March 2010. It was mixed and mastered by Tue Madsen at his well-known Antfarm studio in Århus, Denmark, and he did one helluva slick job. The music is on the blistering, tech-heavy side of the death-metal spectrum, but this is not skittering, spider-like tech-death; the production preserves the grit and power of an avalanche in motion. (more after the jump . . .) 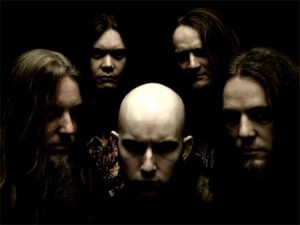 I’ve only listened to three songs so far — all that my daily rationing allows in order to preserve familial peace. But those songs exhibit both considerable riffing agility and plenty of blunt-force mayhem. The onslaught is well-coordinated and yet it verges on coming apart at the seams. DIE clearly don’t want you to get too comfortable.

The songs also make top-shelf use of piercing guitar solos that contrast nicely with the steamroller riffing that surrounds them. I thought Utmu captured the sensation quite well in his e-mail: “I find the solos to be incredibly streamlined; in great contrast with the riffs, it’s like finding a Peruvian knife in a bucket of mud… only you’re bobbing for it.”

Tony Sandoval did all the art, which includes multiple pieces in the CD insert that I haven’t seen. But having seen the cover, I’m curious about the rest of the art. I believe this is known as morbid curiosity. Unless I have submerged cannibalistic impulses.

Here are links to web pages about DIE:

And here are two of the songs I’ve heard so far from this head-turning piece of violence: