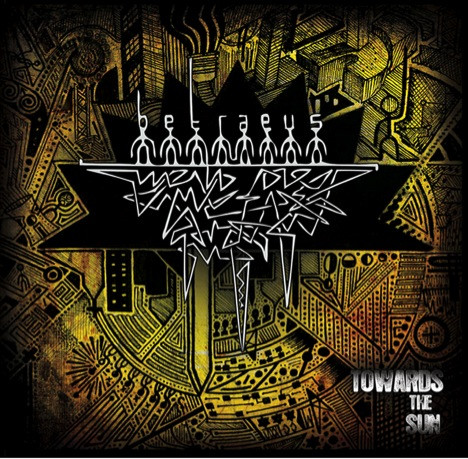 (In this post, TheMadIsraeli reviews the debut EP by Mancunian metallers Betraeus, released on November 14 by Seige of Amida.)

“For fans of Opeth, Death, Cynic, Bloodbath and Insomnium”

This was all it took to pique my curiosity when I saw the words in Hold Tight! PR’s press release about Betraeus.  Towards The Sun is not an EP I want to beat around the bush about: This is really, really, really good, and I want to see a full-length post-haste.

Despite the comparisons above being true to one degree or another, though, I’d add that there is quite a bit of Daath and Gojira influence going on as well. If you haven’t gathered already, this combination of influences results in a sound that is quite diverse.  None of the music is entirely death metal, or thrash metal, or any such thing. It’s its own sound. While Betraeus peg themselves as a prog death outfit, I would be more inclined to call them a straight-up progressive act.

This EP contains six tracks, three studio recordings, two live tracks, and a radio edit of one of those studio recordings. The first studio recording, “Towards the Sun”, which is the EP’s opener, does a pretty good job of summarizing what this band is all about and it was a smart choice as a lead-in track.  It’s a nearly 10-minute epic spanning everything from Opeth-ian, dreary, macabre doom-death tendencies, to Gojira/Daath-styled technical thrashy riffing, to Insomnium-style melodic passages and themes, all combined with jarring yet fitting transitional phases that keep the music unexpected and fresh. I think you’ll be hard pressed to predict any part of this song. 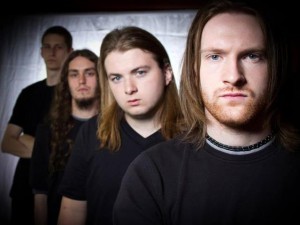 The format of the three studio tracks is actually quite interesting. While the opening song encompasses everything Betraeus do, the two that follow it separate out the elements and cluster them together. “Frustrate Recluse” encompasses all of the brutality this band has in them, while “Blossom Into The Void” is totally mellow, driven entirely by clean vocals, and it’s primarily melodic.

The two live tracks, “Obsolete” and “Locust”, are the best-sounding live recordings off a sound board I’ve ever heard. They move back to the charactristics of the title track, incorporating all of Betraeus’ elements. “Locust” is probably my favorite song, as well as the most brutal and mind-bending in its idea-to-idea transitions.

The radio edit of the title track is just that and really kind of useless in my opinion unless you’re someone who likes radio edits (and I’d seriously like to meet the one person who does).

The production, on both the studio and live tracks, is absolutely superb. While the live tracks capture the clarity yet channel the live energy, the studio tracks have an intensely weighty sound to them. It’s also got this very neat ambience — it sounds like they’re playing inside of a church building. The vocals especially embody this quality, particularly the clean vocals, which are haunting and emanate from the background.

All the performances on this album are top-notch. Christian Sykes has a powerful voice, and the myriad of riffs and passages that he and fellow guitarist Eddie Johnson pump out are excellent and memorable, if not overwhelming. The lumbering bass of Benjamin Edwards and the thunderous war drums of Paddy Monaghan make a foundation hard as steel, sharp as obsidian.

This is one of my favorite EP’s of this year so far and I’m greatly looking forward to this band putting out a full length. I now leave you with the EP’s opening track (and to get more info about the band, HERE is the link to their Facebook page).

One Response to “BETRAEUS: “TOWARDS THE SUN””