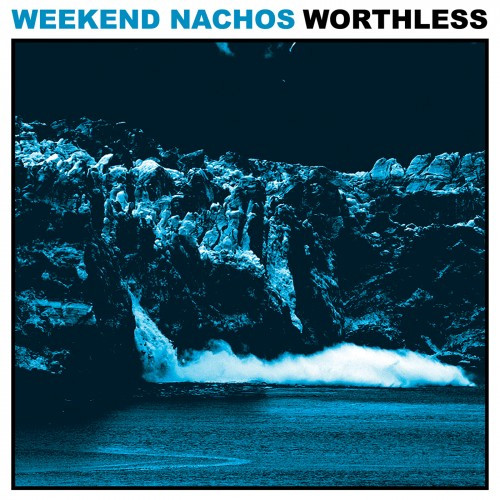 You regretted taking that step. Your curiosity just had to get the better of you. Oh, why did you not listen to me? You were just doing fine walking around the cliff top, but you had to literally poke your nose into an oddly out-of-place bush—and wound up falling through a hole, landing right smack into the hard surface of frothy, lake water. Ouch.

At least all is calm, or so you thought. A rumbling sound resounded throughout the mysterious cavern, and a spurt of boiling hot spring water gushed towards you, turning your skin an angry red color while propelling you out of the cavern’s exit with the majesty and likeness of a cow releasing pent-up methane gas through its rear. You are finally free, or so you thought. You crash head-first into the cold, glassy surface of more lake water, skipping across its top comically like a flat pebble thrown by a middle-school kid. Finally, all is quiet.  (more after the jump . . .) 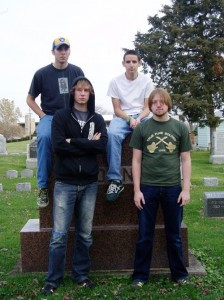 My personal interpretation of the album cover is really a lengthy and narrative analogy of what the latest offering from this Chicago powerviolence quartet sounds like. This record follows your traditional powerviolence recipe—and with plenty of sludge hurled around here and there, too. From the traditional let’s-use-guitar-feedback-to-start-off-this-powerviolence-song-cos-it’s-cool introduction of the first track “Hometown Hero” to the throbbing sludge waves of the 7½-minute long outro, “Future”, Weekend Nachos succeed in bringing the listener on a brief tour of sonic violence expected of the average band in the genre today.

The brief episodes of calmness described in my analogy are the 8th and 14th tracks, “Worthless” and “Future” in respective order, and they are the longest tracks on this record, too. Honestly, a lot of time is wasted on these two tracks (12 minutes 10 seconds in total), for they are simply monotonous sludge attacks that don’t give you much incentive to want to listen through to the end. This computes to only 14 minutes 20 seconds of listenable tracks instead of the 26 minutes 30 seconds promised on the first look at the album length time.

Your money is better spent elsewhere.

One Response to “WEEKEND NACHOS: “WORTHLESS””