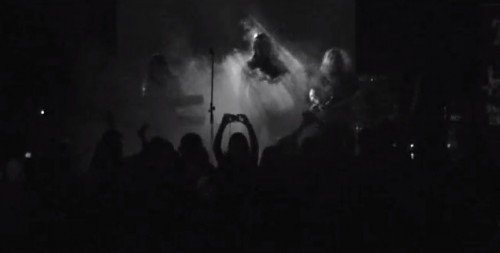 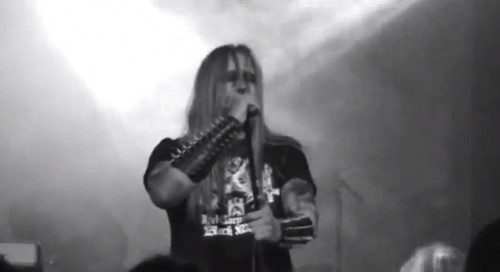 In July I reviewed the new album, Schwarzpfad, by Ukrainian black metal band Kroda. I tried to sum up my thoughts with these words: “Schwarzpfad is without doubt one of the best albums I’ve heard this year and one of the most memorable black-metal albums I’ve ever heard — an immaculate marriage of beautiful, folk-influenced melodies, black ‘n’ roll strut, and bestial voraciousness. It’s a brilliantly conceived, complex work that yields something new with every listen. Highly recommended.”

As the end of this year approaches, I haven’t changed my mind — Schwarzpfad is still one of the best albums I’ve heard in 2011, and certainly among the handful I’ve listened to most often.

On February 20, 2011, Kroda performed at the Metal Point Fest in Khmelnistkiy, Ukraine. Two days ago, the band uploaded the entire 33-minute set to YouTube, and I spent my early waking moments this morning (my first morning back home after vacation) watching and listening to it. It includes three songs: “Schwarzpfad II (Universal Provenances)”, “Schwarzpfad III (Forefather of Hangmen)”, and “Schwarzpfad IV (Heil Ragnarok!)”.

The smoke-shrouded performance was filmed from multiple camera angles, and although the video quality isn’t razor-sharp, it’s suitable for this music. The audio quality isn’t razor-sharp either, with particularly noticeable distortion in the bass-end, but fuck, the songs are so damned good and it’s so motherfucking cool to see Kroda performing live that it’s a small price to pay.

As I remember, Schwarzpfad was written and recorded by one man — Eisenslav — but he recruited some talented brothers to bring about this live performance. The video is after the jump. Bang yo fucken heads.