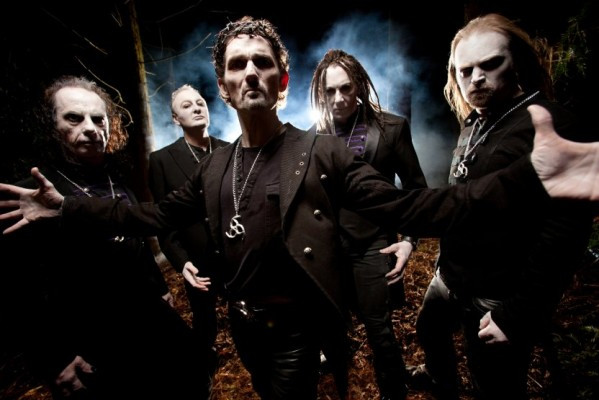 Hell thrash Iron Maiden, hands down. Granted, I was never a huge fan of Iron Maiden to begin with, but this record refines the traditional NWoBHM sound so flakkin’ well that they detach the phrase “old school” from the not-so-glamorous connection to phrases like “narrow-minded” and “uncreative”. Unlike Iron Maiden’s let’s-play-safe-and-try-going-a-little-prog approach to their music on The Final Frontier (which somehow gave the record an annoyingly “mute” sound and draggy-as-hell play time; in comparison, this record sounds much brighter and thoroughly interesting throughout the long playtime of 1 hour 6 minutes), Hell have been creatively bold by deciding to incorporate symphonic and power metal elements into their technical brand of Satanic, prosaic heavy metal instead—a timeless move that should be greatly lauded!

Many old school heavy metal bands from the ‘80s and ‘90s had been known to utilize extremely recognizable power metal elements in their music, such as fantasy-oriented lyrics and high-pitched clean singing (e.g., Manowar, Helloween, Gamma Ray), so what’s so special about Hell’s rendition of such a trend in the 21st Century?  (more after the jump . . .) 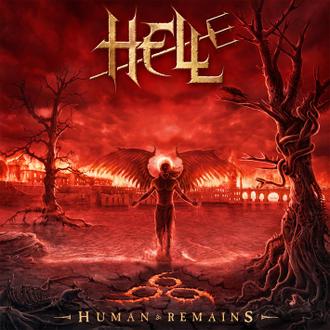 First, the lyrics ain’t your typical fantasy story about some bunch of warriors travelling to some faraway place just to slay a stupid dragon or anything of that sort. They play on the insanely cheesy cliché of Satanism in heavy metal (“Oh Satan, I beseech thee to have mercy! Mercy! Mercy on my soul!” – as heard in “Blasphemy And The Master”), but present it in such a poetic and darkly descriptive manner that it makes you wonder if either main lyricist Kev Bower or vocalist David Bower is William Shakespeare reincarnated (and defiled).

Second, Bower’s vocal arsenal does not just include the ability to sing in a high register, it includes maniacal laughter, chorale chanting, and even a pompous half-singing-half-speaking voice as well (“Hello! Good evening! Welcome to the show!” – as heard in “Let Battle Commence”); all of which are responsible for giving this record its extremely theatrical feel. It’s like ripping the audio off a Shakespeare musical and playing it to the instrumentals of some epic-sounding band!

In fact, Bower’s on-stage appearance enhances the drama of the music even more with his wearing of corpse paint and a crown of barbed wire on his head (the kind worn by Jesus during his crucifixion), and his gaunt face’s likeness to the commonly seen illustration of an emaciated and crucified Jesus spills more kerosene on the already raging fire of blasphemy!

The symphonic touches on this record are not shabbily done either. The marching orchestral fanfare (“Overture: Themes From ‘Deathsquad’”) that starts off this record complements the hellish album cover excellently, accurately reflecting the morbid majesty of the barren apocalyptic wastelands awaiting your eardrums, while the atmospheric and calm introduction to “No Martyr’s Cage”, comprising synth effects, acoustic guitar strumming, surreal piano chord progressions, and metallophone playing, starts the record’s closing track on a contrastingly solemn note, eventually leading into a slumber of mid-paced guitars and a significantly wearier-sounding Bower, bringing this magnum opus to a nice and apt finish. 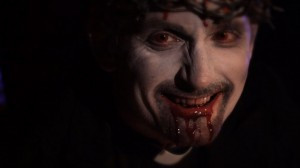 Other interesting nitty bitty details worthy of note include the pipe organ heard in “Blasphemy And The Master”, the foreboding sound of crying babies, galloping horses “bypassing you”, and the eerie keyboard playing that starts off “Plague And Fyre”, and the totally creepy bagpipe-cum-crazy-kiddos-babbling introduction to “Macbeth”.

Hell may have suffered from bad luck in the past, but it would appear that their devotion to the ex-Angel of Music have not gone unnoticed. The Dark One is strong with them on this album, and He frowns upon them in approval. Funnily enough, Bower ironically and esoterically concludes: “In a world devoid of divinity, only the human remains.”