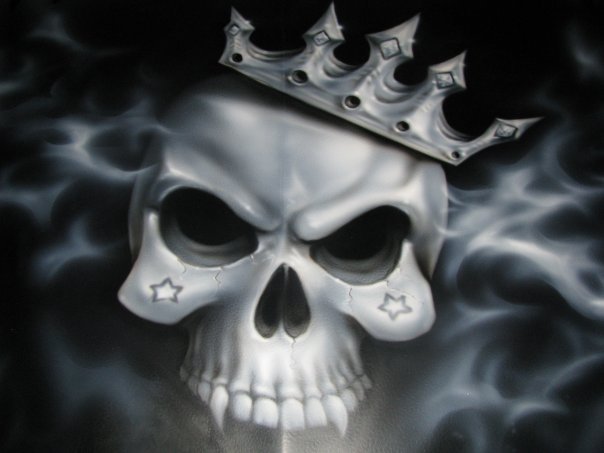 (Andy Synn wrote the following opinion piece.  If we don’t get some comments on this one, I’ll be quite surprised. Andy’s got some questions at the end, and we’d love to hear your answers.)

Here’s a question that’s been on my mind for a while now; what do we do when our heroes let us down? What happens when the bands we love go off the boil, make weird creative decisions, or just simply move away from playing the music for which we fell in love with them?

Music is an intensely emotional topic, and one which promotes a peculiar kind of loyalty to develop in those of us who love it deeply. As metal fans in particular, we seem to embody the very extremes of this trait; treat us well and we will die for you, cross us and our wrath and enmity shall be eternal. Indeed, once a certain line is crossed it’s very common to see a band written off as “dead” by any number of their former fans.

Most recently, however, I’ve been trying to take positive steps when confronted with this situation. Rather than entering into either a) a defensive flame war on behalf of our fallen heroes, or b) seizing on the opportunity in order to heap my own well-earned scorn on the victims of this public derision, I have instead been taking the fall of our chosen heroes to promote potential successors who are ready and waiting to step up and take on the mantle.

This does, however, raise one further issue: to what extent we, as metal fans, are willing to accept our heroes being replaced and (if that is the case) do we actually always have one eye out for the Next Big Thing – not the one who’ll necessarily sell the records and get the airplay, but the one who will step into the well-worn shoes of our heroes once they have gone to the sacred feasting halls of Valhalla? 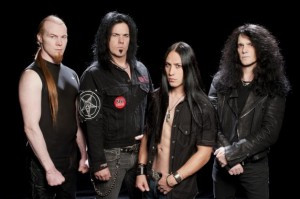 The recent shitstorm engendered by the new Morbid Angel record has provided me with ample opportunity to promote several worthy successors to their crown. Interestingly, though, the fall from grace of the mighty Morbid Angel was worsened by their constant attempts to justify their unimpressive return with claims of sonic “experimentalism”, as if adding pseudo-industrial/techno elements was some awe-inspiring revelation handed down from on high, rather than the cack-handed and awkward juxtaposition of styles that it ended up being. What’s most mind-boggling, however, is that the current line-up of MA features one Thor Anders Myhren, also known as Destructhor, from Mykrskog, who have been mixing steamrollering industrial beats with paint-stripping death metal since long before the morbid king’s return to the scene.

Be that as it may, whenever I come across a lost and disillusioned soul whose life has been turned upside down by this seeming betrayal, there is one album that immediately springs to mind — the electrifying, eclectic, and downright esoteric bludgeoning of Triumvirate by The Monolith Deathcult. Unlike Morbid Angel’s most recent offering, this actually fuses a brilliant variety of techno-industrial elements and symphonic excess onto a chassis of pulverising death metal utterly seamlessly, making a whole that is far, far greater than the sum of its parts. 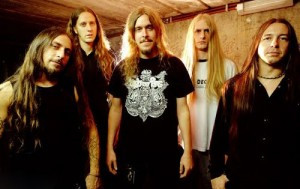 Now Heritage is far from being a bad album, but to my mind it is a remarkably uninteresting one. Before you say it, that’s not due to the lack of death vocals or anything of that sort, as the record has several strong moments which demonstrate unequivocally that Opeth can capture that energy and life without recourse to the use of more stereotypically “extreme” elements. For me, and indeed this seems to be the common consensus amongst many listeners, the issue is that the album just doesn’t go anywhere, seemingly content in being a tribute to its influences without doing anything new with them.

“Prog” as a sub-genre (and progressive music of a certain, general type) has one particular strength, and that is its willingness and ability to indulge in musical expansion and experimentation with a fearless and unbounded spirit. However, this strength can also easily become its greatest weakness, as the gutters are filled with those who became so intoxicated with their own inveterate freedom of expression that they lost themselves in an aimless and directionless haze of self-indulgence.

To my mind, this is precisely the malaise that afflicts the latest Opeth record. In becoming disillusioned with the more metallic elements of their music, the group chose to dive helter-skelter into a more classically seventies sound, embracing it wholeheartedly but allowing themselves to be overwhelmed by this ability to indulge their every whim and impulse. Instead of taking the palette of colours and influences they have been given and painting a new picture, something evocative and filled with life, they seem instead to have taken an almost childlike delight in simply mixing colours together, which unfortunately almost always produces something rather faceless and… brown.

Now Novembers Doom may be less overtly progressive than their Swedish peers (although that perhaps is only by comparison), but their latest record Aphotic is a masterpiece of vibrant colours and deep shadows, evocative light and shade melded in equal measure through a fusion of progressive dynamics, soothing acoustic ambience, and raging death metal fury. As an Opeth successor, it’s a record with big shoes to fill, but the band have big feet with which to do it. If you do miss that doom-laden fire that Opeth have abandoned, then this should definitely fill the hole in your life. 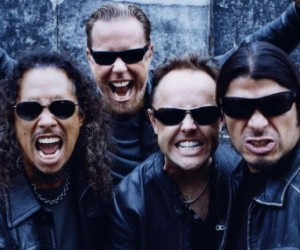 Here’s the big one. A band who have fundamentally lost the plot and become at best a nostalgia act, and at worse a fundamental embarrassment. Despite some good moments here and there on both St. Anger and Death Magnetic, it’s becoming increasingly clear that Metallica have lost the sense of identity and energetic drive which they once had in their youth and, in doing so, have tried to regain it or replace it with often terrifically bad results. Their attempts to remain relevant have been half-baked at best, and their efforts at pushing the envelope of their sound, attempting to perhaps reignite that fire through an exploration of other realms, have suffered from a realisation that, as a band, they “could” do something, with little to no consideration of whether they “should” do something.

Most frequently I have been responding to the pained outcries of my metal brethren by recommending that they check out V by Norwegian titans Vreid. Now unlike the previous two situations, this one has been a much harder sell, as it requires the recipient to be at least slightly open to the multi-variate potentials of black metal as a source of creativity and art. Considering Metallica’s ubiquitous and mainstream status these days, that’s often a risky proposition, as you can often never tell what sort of Metallica fan you’ll be dealing with. But for those of a more musical and metallic frame of mind, V melds the best of Metallica’s early years, the speed and energy of Ride The Lightning with the progressive and complex compositional skills of Master Of Puppets, with the ethereal melodies of Norwegian folk influences and the primal ferocity of predatory black metal. If you can handle the harsher vocal style, then just compare their blackened take on ravenous thrash metal dynamics with any of Metallica’s own attempts to recapture their lost youth….

So tell me, who have I missed? Who are the declining divas, aging disgracefully, and who are the unappreciated side-kicks just waiting for their chance to step into the spotlight?

23 Responses to “THE KING IS DEAD, LONG LIVE THE KING”