So who have I chosen? Well look upon my choices dear reader, and despair… 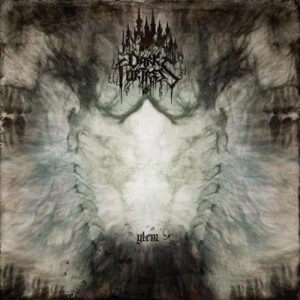 A record I truly consider a masterpiece, almost capable of being all things to all people, delivering an epic display of controlled chaos (“Ylem”), brooding intensity (“Evenfall”), sinuous structures (“Redivider”), malevolent melodies (“As The World Keels Over”) and gargantuan grooves (“Hirudineans”) with focussed precision and, at times, almost sexually charged potency (“Silence”).

Though every member performs at the top of his game, band mainman V. Santura (also in Triptykon) is in particular both a stunningly talented composer and technically gifted guitarist, while much-in-demand drummer Seraph (also of Thulcandra, et al) proves his incalculable might again and again with a performance that is both punishing and intelligently nuanced.

The record is also a compelling piece of progressive art, something which is exposed when examining the dichotomy between the truly monolithic, devastating “Osiris” and the melodic, desolate “Wraith”, songs which express the extremes of the band’s sound without ever straying from their core identity.

Secrets Of The Moon – Privilegivm 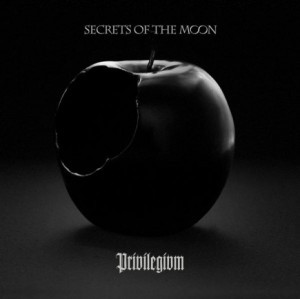 Crushingly heavy, equally influenced by the proto-black metal stomp of Celtic Frost/Triptykon and the swaggering Satanic grooves of Satyricon, whilst also building on the pseudo-industrial death metal bludgeon of Zyklon, this is a record with a stunning amount of style and nuance.

It thrashes like a wounded animal, hammering away with ominous slabs of claustrophobic riffage and warped drumming, the extensive and progressively structured material crawling and staggering under the weight of its own agonising death throes, constantly on the edge of collapsing into the abyss.

Blacker than black, the group weave strands of eerie, unsettling melody into the grander tapestry of thick, machine-like riffage and clanging, dissonant dis-chords, atop which the orthodox occult pronunciations of vocalist sG dictate an almost reverential atmosphere to the proceedings as a whole.

[audio:https://www.nocleansinging.com/wp-content/uploads/2011/07/03-Black-Halo.mp3|titles=Secrets of the Moon – Black Halo] 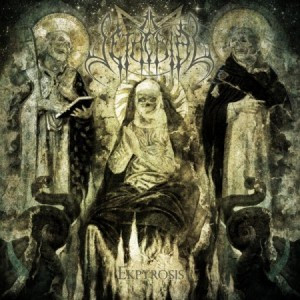 Often written off as a sub-Dark Funeral blast-friendly black metal act, the last two albums (Death Triumphant and Ekpyrosis) by this Swedish wrecking machine have seen them step out of the shadows of their forebears and carve an individual path for themselves. Though I personally prefer the previous album, there’s no doubt in my mind that Ekpyrosis represents a new pinnacle for frenzied, blasting Swedish black metal, incorporating shocking technicality to help conjure an utterly unforgiving and inhuman sense of discorporation.

Lyrically, the group have melded post-Satanic, anti-cosmic philosophies with clinically scientific meditations on the overwhelming celestial horror and beauty of existence, giving the record a more vibrant and wholly individual vibe that melds the raging inferno of their black metal assault with the icy clarity that comes from contemplating the bleak insignificance of human existence.

Anaal Nathrakh – In The Constellation Of The Black Widow 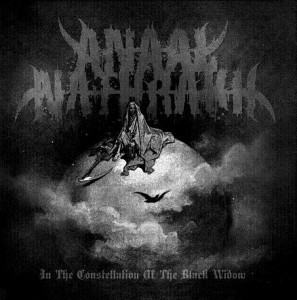 Managing to meld several genres into their black metal stew, without losing that stupefyingly dark aesthetic, these British-grown tyrants of misrule are utterly unparalleled in their ability to harness flesh-flaying vituperative fury and unchallenged in the realms of speed and aggression by all but a few of extreme metal’s most powerful proponents.

The combination of the obliterating ferocity of Mick Kenney’s symbiotic guitar and drum assault with the sheer range and grandeur of Dave Hunt’s nihilistic vocal exhortations make Anaal Nathrakh, to my mind, perhaps the only legitimate heirs to the throne of the now-departed Emperor, with a sound that is epic and expressive in scope and vision (“Oil Upon The Sores Of Lepers”), yet never less than utterly enthralling and unflinchingly brutal (“Blood Eagles Carved On The Backs Of Innocents”).

Though my personal preference is for Hell Is Empty…, I would be forced to say that In The Constellation… is arguably the superior record, both men pushing their skills and psyches to the breaking point to deliver an album that revels in its own excess and intrinsic, almost arrogant, superiority. 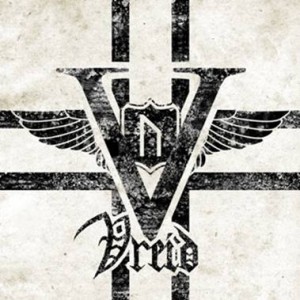 If Metallica had grown up in Norway, then their career might well have echoed the enviable quality and progress of Norway’s finest black metal resistance force, Vreid. With this, their fifth album (aptly named V), the group have produced a dynamic album that filters the thrashy energy and classical aspirations of Ride The Lightning through a blackened prism of primal aggression and haunting, folk-infused atmospherics.

The songs vary in length and complexity, some attacking with pure, animalistic fury (“Welcome To The Asylum”), others delivering restrained yet powerful arrangements of harsh riffage and moody passages of folk-led, ritualistic melody (“The Sound Of The River”). Though “The Other & The Look” may be the album’s crowning, progressive song, 10:30 of arrogant, martial riffage, scything tremolo sections and captivating diversions of calm, meditative clean guitar and vocals, each and every song on the record packs in multiple layers and levels of expression without ever feeling cluttered or bloated. It’s an effortlessly tight and utterly compelling spectacle.

Sample Song: “The Sound Of The River”

[audio:https://www.nocleansinging.com/wp-content/uploads/2011/07/04-The-Sound-Of-The-River.mp3|titles=Vreid – The Sound Of The River]

5 Albums To Watch For In The Future

Hailing from the icy plains of Montana, this four-piece delivered an album’s worth of unfettered experimentation and existential angst only last year with Encounter The Monolith (reviewed by Islander here), a complex and layered display of articulate anger and impressive instrumental skills, wrapped up in a progressive and spacey structure. Being hand-picked to support Emperor on their reunion tour several years back should tell you just how much potential remains untapped in this band’s sound. Thankfully, the band have apparently begun the writing and recording process for their next record, which will doubtless continue to push and expand the boundaries of their esoteric black metal sound.

Controversial choice? Not really. The band have shown both ambition and fortitude in continuing down their own path through the years, two of black metal’s defining traits. Their perseverance has paid off with the band growing and expanding their sound as well as gaining the opportunity to demonstrate their impressive musical talents on a series of tours with such metal luminaries as Vader and Rotting Christ. Currently recording their third album, the band have a variety of tour dates coming up with Landmine Marathon, Misery Index and the legendary Mayhem. They may never get the respect they deserve, but I doubt this will stop them producing some top notch, technically adept black metal in the future.

Not to argue with Tr00 Nate (oh, go on then, I will), but to my mind and ears it’s Negură Bunget who were/are the finest proponents of folk-black-metal. In fact, it seems to me that their many endeavours into murky folk realms and progressive instrumental excursions have made their particular brand of Romanian black metal a legitimate style of folk music in and of itself. Therefore, the announcement of The Transylvanian Trilogy should whet the appetites of anyone who relishes the creation of art for art’s sake, the band endeavouring to craft a trilogy of releases combining both audio and visual elements into a greater, unified whole. The first part of this trilogy, Tău, is set for release in 2012 and “will unveil the natural landscapes, by exploring 9 unique natural places, with their mystique, atmosphere, legends and meanings”.

Sludgy, nasty and alchemically fuelled, The Goat (as they shall now forevermore be referred to) have managed to craft such a distinctive sound for themselves, that is clearly black metal, but a form that has grown from a totally different environment to that of many of their peers. The group’s swampy roots ensure that the flower of their black metal is of a different hue than that of any other, yet still recognisably the same species overall. Their thick and heavy sound will surely only get nastier in the future, the band planning to enter the studio in late July to vomit up another gut-wrenching expulsion of narcotic, Satanic filth.

The continued presence of Live Julianne Kostøl’s cello will doubtless keep the haunting, classical atmospheres alive on the next Pantheon I record, but most important of all, the addition of Aethyris McKay (ex-Absu) on guitar will bring a totally new dynamic to the group, both through his guitar playing and through the promised use of McKay’s clean vocals. Perhaps just as important, this addition also frees up Kvebek to focus purely on being a solo vocalist, which promises an even more venomous vocal performance from this alcohol-fuelled madman. This will be an emotionally cathartic, violent affair, I predict.