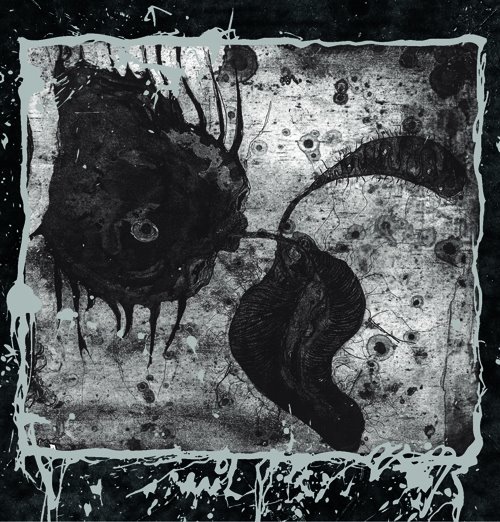 There is a certain style of death metal that I think of, in shorthand fashion, as horrifyingly avant-garde. Some people might prefer the term “progressive”, but I don’t think that word captures the atmosphere of cold, terrifying, otherworldly abomination conveyed by the music. Among current practitioners of this style of death metal, Portal, Mitochondrion, and Dragged Into Sunlight usually come to mind first. Now, I have to add Antediluvian to that list.

Like Portal and fellow Canadians Mitochondrion, Antediluvian are now on the Profound Lore label, which today is officially releasing their debut album (following an assortment of demos, splits, and an EP). It’s a nine-track monstrosity titled Through the Cervix of Hawaah. I’ll try to describe why I like this album, though to be brutally honest, it may be the result of compulsion rather than voluntary choice: After all, when Cthulhu extends his tentacles, few can resist.

When I included Antediluvian in that group which included Portal, Mitochondrion, and DIS, I didn’t mean to imply that the four bands sound alike, and they don’t, but they all succeed in creating a chillingly inhuman atmosphere of dread and catastrophe, in part by employing unusual musical ingredients that aren’t part of the standard stock-in-trade of death metal.

In Antediluvian’s case, the musical mix includes both “conventional” death metal elements and unconventional ingredients, plus remnants of the band’s more black-metal leaning origins. Perhaps most noticeable is the unusual style of drumming. The rhythms are unpredictable, sometimes seeming to be a step or two away from the beat you expect, sometimes almost out of sync with the bass and guitars (though I suspect that’s an aural illusion). The toms are used more frequently than in most death metal, lending the fills a kind of tribal sound (that is, if demonspawn organized themselves into tribes). There are blast beats, but they come sporadically, in bursts, and they sound more remorselessly methodical than as an attempt to break a speed record. 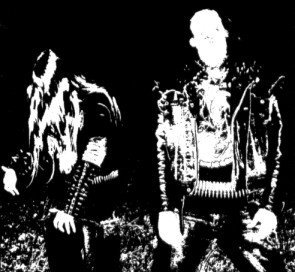 The guitars come in crashing waves, or like collapsing buildings, or like abrasive wheel-saws cutting through metal or concrete. Distorted and down-tuned, the leads revel in minor-key atmospherics. When they break through the suffocating miasma pumped out by the bass and rhythm guitars, they slither like snakes and writhe like a nest of white worms. In slower passages, they play demonic scales. When the rare solo’s erupt (as in “Gomorrah Entity (Perversion Reborn)”), they capture the imagined squalling sound of a rapidly spreading contagion.

While there’s no pyrotechnic shredding on this album, and precious few solo’s, the riffing is no less technically proficient. It’s fast and stylistically varied, but the aim is to create an aura of dense malignancy rather than to show how many distinct notes can be played per minute. There are no memorable melodies, and few instances in which you’ll feel the impulse to headbang, but I found myself feeling both swallowed up in the maw of something monstrous and also intrigued by the process of being consumed.

The deep, guttural vocals contribute significantly to the horrifying atmosphere of the songs. They sound like the gargling of blood and bone splinters, a kind of gruesome chanting for the most part, almost always slow, with a pace that contrasts with the blurred speed of the guitars (again generating an almost out-of-sync sensation that’s part of what makes this an avant-garde kind of death metal). The vocals are almost always in monotone, with rare instances when the vocalist roars like a hurricane wind or (as in “Luminous Harvest”) explodes in harrowing, prolonged shrieks of agony. 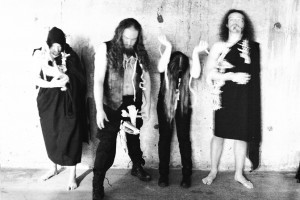 Although the music isn’t built around memorable melodies or rhythms and there is a sameness to the feel of the songs, there is still variety, created in part by swings in the time signatures and pacing. The title track and “Intuitus Mortuus”, for example, drop from a maelstrom of cacophony into funeral-doom style crawls, sludgy and grim, before the band accelerate again into firestorm atmospherics.

Life consumes life. Nature is a disorienting chaos. We delude ourselves into thinking that order can be constructed on the foundation of such a swamp, but what we try to build with our rational minds will not hold. Such are the ideas that Antediluvian’s music seems to convey.

“Hawaah” (or more accurately “hawwah”) is the Hebrew name for Eve. The cervix is a two-way gate, the entrance to conception and the exit-path for birth. “Through the Cervix of Hawaah”, Antediluvian have conceived something morbidly fascinating and given birth to a terrible beast of avant-garde death metal, taking their rightful place among the likes of Portal, Mitochondrion, and Dragged Into Sunlight. For your listening discomfort, here’s “Scions of the Nachash (Spectre of the Burning Valley)”. This song is available for free download at the Profound Lore website via this link.

[audio:https://www.nocleansinging.com/wp-content/uploads/2011/11/04-Scions-of-Ha-Nachash-Spectre-of-the-Burning-Valley.mp3|titles=Antediluvian – Scions of Ha Nachash (Spectre of the Burning Valley)]

The album is now available on iTunes and Amazon. For somewhat more info about Antediluvian, visit them on Facebook and check out this interview.

7 Responses to “ANTEDILUVIAN: “THROUGH THE CERVIX OF HAWAAH””