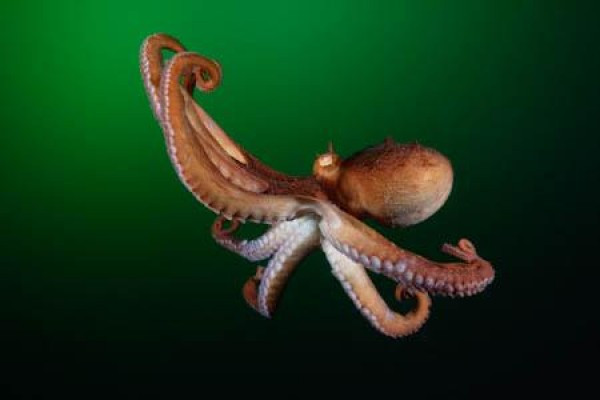 What do you do when you see shit that makes you think, “Fuck, that’s metal!”, even though it’s not music? What I do is save it up and then periodically throw it your way in this series, which focuses mainly on videos, photos, and news items.

This is an all-video installment of THAT’S METAL! It’s going to be a slow build from the first one to the last one. I don’t really have a choice, because the last one is so fucking ridiculous that everything else would seem pretty meh by comparison if I ran it first. So, here’s what lies ahead: a very weird cloud phenomenon; a flamboyant cuttlefish; yet another emissary of Cthulhu entering our dimension; brick carrying like you won’t believe; and that last one . . . which is just lights-out nuts.

It’s no secret: I like clouds. Cumulonimbus clouds are those big, white fluffy ones that look like giant cotton balls. They can store up huge amounts of electric energy, which sometimes results in lightning strikes. Those clouds also contain ice crystals that themselves can hold static electric charges. The ice crystals, particularly needle-shaped crystal, tend to become aligned with the electric fields within the clouds.

When something happens to the field, such as a lightning discharge, the field re-forms and the crystals realign. When the sun is reflecting off a sheet of ice crystals in a cloud when they realign, the change is visible — and it’s fucking metal to see it happen, which is what’s shown on the first video after the jump.

Before you watch this video (filmed in Singapore), take a look at this graphic.  It will show you where to look when the video begins: 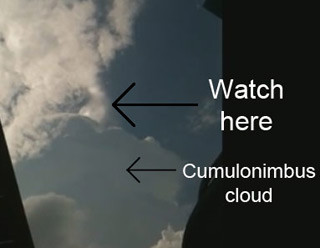 (Credit for Item One goes to the Discover Magazine site, via Presurfer.)

Metasepia pfefferi, also known as Pfeffer’s Flamboyant Cuttlefish, is a species of cuttlefish occurring in tropical Indo-Pacific waters off northern Australia, southern New Guinea, as well as numerous islands of the Philippines, Indonesia and Malaysia. Despite the name, it’s not a fish. It’s a mollusc, and it’s related to the octopus; they’re both part of the class Cephalopoda.

As you’re about to see, there’s a reason why this species of cuttlefish is called “flamboyant”. Nature is very fucking weird. It can also be very fucking metal.

Well now, since we’re in the general vicinity of octopuses, let’s pay a visit to our tentacled friends — before they pay a visit to us. You may think they won’t, since you live on land and they live in the water. I hate to break it to you: That won’t stop them. Maybe when they come en masse, they’ll be bringing crab with them, like this one. We can only hope. Also, I move like this when I have had too much tequila. Except when that happens, I don’t look as metal as this emissary of Cthulhu.

Over many millennia, human beings have made and carried bricks. Some undoubtedly have carried them on their heads. The more you can carry, the fewer trips you have to make to get bricks from A to B. I get that. But this dude in Khulna, Bangladesh has taken that principle to new extremes. This is really fucking amazing. Just when you think he couldn’t possibly get more up there, he does.

That last video is a tough one to top, so to speak. But have no fear, this next one leaves it in the dust.

I suppose that once “reality”-based talent shows became booming successes on TV around the world, people inevitably would begin to really push the envelope. But short of on-screen death or dismemberment, I’m having a hard time imagining how anyone is going to out-do The Warriors of Goja. The shit they pulled off on a televised Indian talent show has to be seen to be believed; it gets more and more extreme as the video progresses.

I love the faces of the judges as they watch this. My mouth was open, too. Definitely metal.

Welp, that’s a wrap. Enjoy the rest of your fucking day.