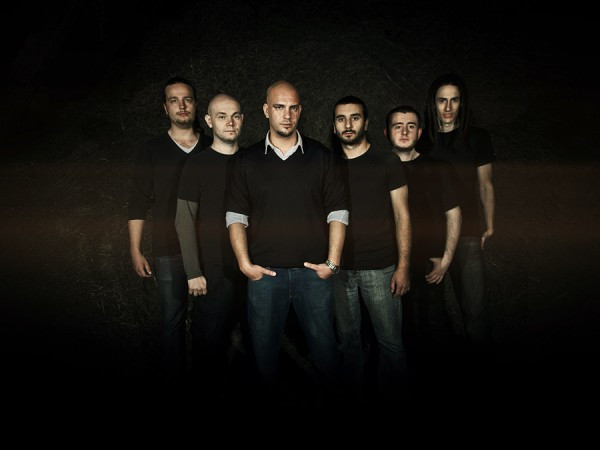 (Not long ago, TheMadIsraeli gave us a glowing review of Februus, the new album on Basick Records from French/Swedish band Uneven Structure.  He now follows that with this interview of Uneven Structure’s Igor Omodei.)

So let’s cut right to the chase.  “Februus” is the fucking shit.  Why?

Because of way too much spare time and a slight pinch of monomania. Nah really, is it this worthy?

The album was quite an ambitious undertaking.  What made you all decide to write what is essentially a 55 minute epic of a song?  Was it intentional or did it simply happen that way?

We’ve always loved concept albums! The way you can push a mood into these can be much stronger than in regular albums. So yes, it was intentional. We wanted this kind of feeling that you’re into one piece, each track relating to each other with that latent tension building up through the whole album.

What caused your immense shift in sound from the “8” EP?  A very Meshuggah-ish sound to ambidjent is quite a leap.

At the time “8” was released,  we already had a first version of “Februus” written but it was not up to our expectations. We needed much more time to deal with the relationship between rhythm and ambiences to make it work the way we wanted it to work. So we decided to take a couple of riffs and songs out of it, craft it in a Meshuggah-ish way of doing things and released it that way. It was more of a test to see if our writing tools actually worked on a finished song.  (more after the jump . . .) 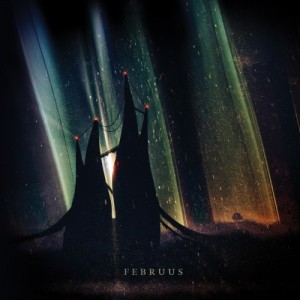 Do you believe the next Uneven Structure record will be in the same vein as this?  Or do you see yourselves already changing in any notable way?  I’m sure you’ve already got new ideas floating around.

We surely will keep the whole progressive / ambient VS rhythm thing. Now I don’t exactly know where the new stuff we’re writing is going to conduct us. Maybe something more aggressive, maybe something with a more 70’s-ish mood, no idea really!

How does it feel to have your first full-length out?  Are you satisfied with it?

It feels good because if it wasn’t out, we would have rewritten it once again! We’re satisfied with it and we’ve learned a lot from it. Now it is out, we can look back at the album and get some solid ground for newer stuff, instead of being eternally stuck on the same thing.

I’m rather curious.  Because of the nature of “Februus”, do you simply play the album all the way through in order if you’ve got the set-time in live settings?

Yeah, we play “Februus” as it is, no stops, no structure changes. Luckily enough, the set ends up on good closing sections, whichever set-length we have between 30 and 60mn.

Brought into mainstream relevancy by djent, totally digital recording is starting to become the norm.  What do you guys think about this change in aesthetic?  Do you feel maybe something is being lost in this transition?

In my opinion, both processes require different amount of funds and offer different perspectives. I’d have trouble to see an album like ours done with analog hardware, unless we would have had a warehouse full of verbs, delays and compressors. On the other hand, I can’t imagine an album like Sonic Youth’s “Murray Street” (although quite recent) totally done in-the-box. I feel like this djent thing is a great showcase for digital recording because it picks the highlights of digital processing while carefully avoiding the downsides of it, especially for guitar tones. In the end it’s some sort of trade, you lose a bit of something to get a bit of something else.

As you know, the Got-Djent survey on the definition of djent recently wrapped up and they posted the results.  What did you think of how it played out?  Obviously, I know how you feel, given that you participated, but what about the other guys?

Just asked the others, apparently no one else has read the article.

What are your future plans from here?

For now it’s all about rehearsing and touring as much as we can, filling the blank spots with some writing!

Thanks for answering my questions guys!  You’re currently the kings of the more melodic side of djent right now, if you ask me.  It was an honor.

Thanks a lot for the interview and the feedback man! thall