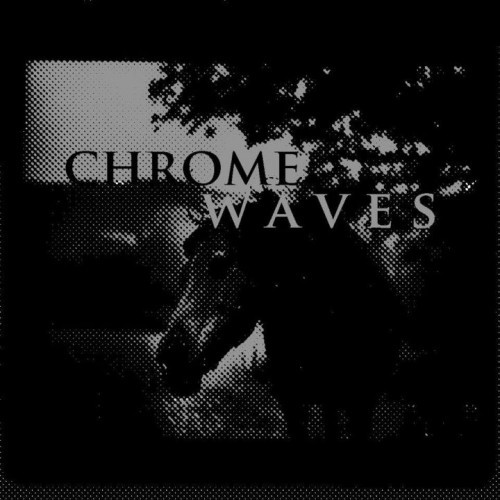 I saw those names, and that was all the inducement I needed to spend some time with the first track they’ve released — a song that publicly debuted only last night called “”Height of the Rifles”. After the jump, we’ll be streaming it for you, but first, a little more intelligence about Chrome Waves from this interview of Bob Fouts. 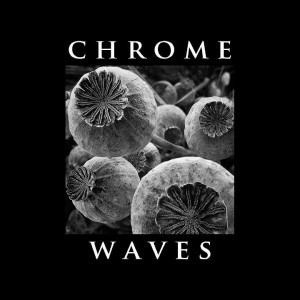 The roots of the project go back to 2009, when Fouts was playing with Nachtmystium as their touring drummer and Wilson was then their guitarist. The two became friends and decided to begin working together on the musical project that would become Chrome Waves. After writing several songs, they sent demos to Giannopolous, and he also signed on to the project. They’ve been working on an album for the last year, and it’s now projected for release either later this month or in January.

“Height of the Rifles” is a 7-minute trip, and I had it on a repeating loop for about an hour last night. It includes charging, sludgy riffs, chiming guitar leads, and riveting percussion. It’s part black metal and part “post-metal”. It includes cracked-ice howling vocals, sheets of tremolo guitar, and a flood-tide of double-bass action. It includes fast, cathartic parts and mid-paced beautiful parts, with sweeping guitar melodies and reverberating, layered, piercing guitar solos. It echoes and swirls hypnotically, and it crashes like tides in a storm surge.

It’s quite a song. It wears its anguish on its sleeve, but it shows a lot of sinew, too. It reminds me a lot of deafheaven, maybe because I’ve been listening to Roads To Judah a lot lately. “Height of the Rifles” holds a lot of promise for the album as a whole. Check it out:

To keep track of news about the Chrome Waves album release, get connected to their Facebook page — or just keep reading NCS, because even though not all your friends may yet know who the fuck we are, we will be following Chrome Waves for you.

P.S. I also found this MySpace page for the band, with the members’ names disguised through initials and two songs featured on the music player, identified only as “I” and “II”. Pretty fucking stealthy of me to find this, huh? Most people wouldn’t even know it was connected to this band.

What’s that you say?  Okay, okay, yeah, yeah, the url of the MySpace page is:
http://www.myspace.com/chromewavesofficial
But no one ever went there, because who the fuck knew what Chrome Waves was? Shit, I bet even the band forgot it was there.

As I write this, those two songs have only got 17 plays between them. But I bet those songs will have a shitload more plays by this time tomorrow, after this post makes the rounds through the massive NCS reader base and spreads from there like a viral outbreak through the branching by-ways of the interhole. You just wait and see.

And about those two songs on the MySpace player: “I” sounds like an earlier demo version of “Height of the Rifles”, with a droning ambient intro. “II” is slower, sludgier, doomier — dark as tar, with a mesmerizing atmosphere and throat-rending vocals, both haunting and harrowing.

Man, I am really looking forward to this album.