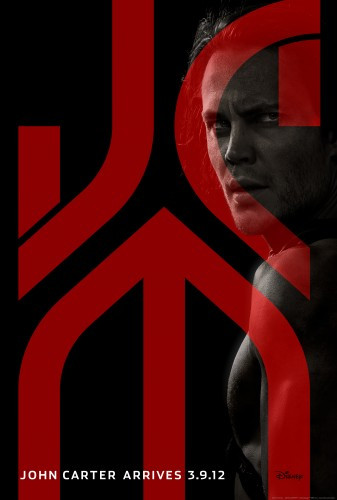 I have to take a break from our usual subject matter and geek-the-fuck-out for a few minutes, because JOHN CARTER, the movie, is on the way.

Edgar Rice Burroughs is best known for being the creator of Tarzan, about whom he wrote 20+ books between 1912 and 1947. But Burroughs wrote other series as well, including 10 books set on Mars that featured the adventures of a hero named John Carter. This coming February will be the 100th anniversary of the novelization of the first book in the series, A Princess of Mars. (it was originally serialized  in a magazine called All-Star). In the Martian language used by Burroughs in his books, the name of Mars is Barsoom.

When I was much younger and even more geeky than I am now, I spent many happy hours on Barsoom, reading all the books in the Mars series more than once (I read all the Tarzan books, too, plus just about everything else Burroughs wrote). They told the story of a Civil War captain who inexplicably found himself transported to Mars, full of exotic civilizations, races of bizarre beings, and rampant conflict. So, I became childishly excited when I saw this morning that Disney has made a movie based on A Princess of Mars called JOHN CARTER.

It turns out that a teaser trailer was released in July, which I totally missed, but now there’s a new, longer one, which is finally what woke me the fuck up about this movie.  It looks pretty sweet. Check out both trailers after the jump, and I’ve also collected a shitload of stills from the movie and anothe rposter, too.

To find out more about this movie, the Disney web page about it is here and Apple has got this one also. The movie will be out on March 9. 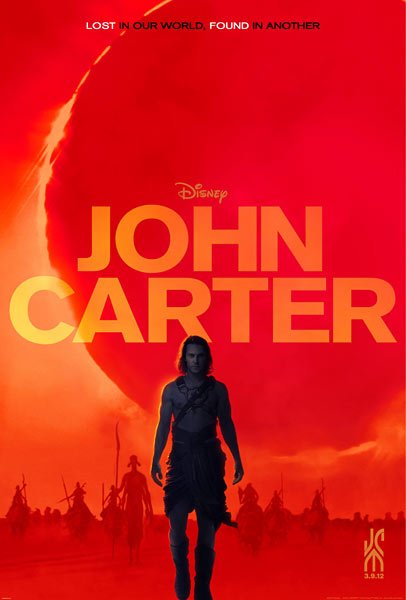