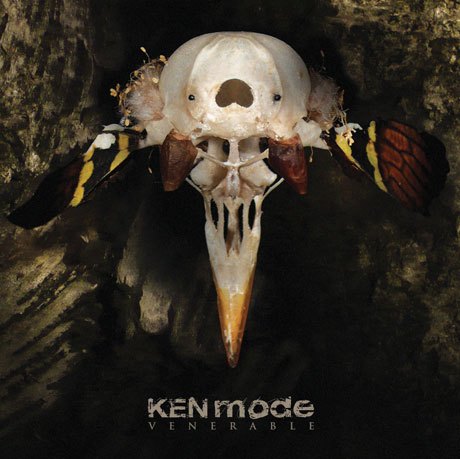 We’re still in the mode of scoping out of Best of 2011 lists by “big-platform” web sites. So far, we’ve been U.S.-centric, featuring the lists compiled by Pitchfork, NPR, Noisecreep, and PopMatters. I thought for today I’d go north of the border and let you see the list published by Exclaim.ca.

Exclaim! is a Canadian national print magazine concentrating on music, with a monthly distribution of 100,000 copies. Exclaim.ca is the business’s web presence, with 300,000 unique visitors per month. Like the other big-platform sites whose lists we’ve re-published, Exclaim.ca covers a wide range of music, with metal being only one of the genres, and there’s also an emphasis on Canadian talent.

Of all the lists we’ve re-published to date, Exlaim.ca’s has the highest percentage of bands whose 2011 albums I haven’t heard. In fact, it has the highest percentage of bands whose names I’ve never heard. It also includes a high percentage of grind and noize. Also, I suppose it shouldn’t come as a shock that their album of the year is by a Canadian band (one of those albums I haven’t heard yet). But that same album has been on other lists, including the one that Corey Mitchell contributed to Metal Sucks, in which he said this about the album (which he ranked at No. 4):

“This Kurt Ballou (Converge) produced masterstroke brings to mind the best of Helmet (Strap It On, Meantime), Quicksand (Slip), and Poison the Well (You Come Before You). Alternative noise metalcore (not the bastardization the subgenre has evolved into over the past five years) that rumbles rafters and unsettles neighbors. Aggressive, precise, and one mean bitchin’ Camaro of an aural onslaught.”

The album placed at No. 1 isn’t the only one by a Canadian band. The pick for No. 3 is from Canada, too — but that’s it. Okay, two of the bands are from Washington State, and that’s not far away, but still, it’s not really a parochial list.

Anyway, here it is — each band name is a link that will take you to the Exclaim.ca write-up about the particular album. And just to jazz things up a bit, I’m going to stream songs from two of the bands on this list whose albums I missed this year, just to see what they were like.

5. Today is the Day, Pain Is A Warning

15. The Atlas Moth, An Ache For the Distance

16. Flourishing, The Sum of All Fossils

Okay, now for music. This first offering is from KEN Mode, and then after that are the six new songs that appear on the massive Graf Orlock collection called Doombox. As you can tell from these players, both bands have Bandcamp pages.