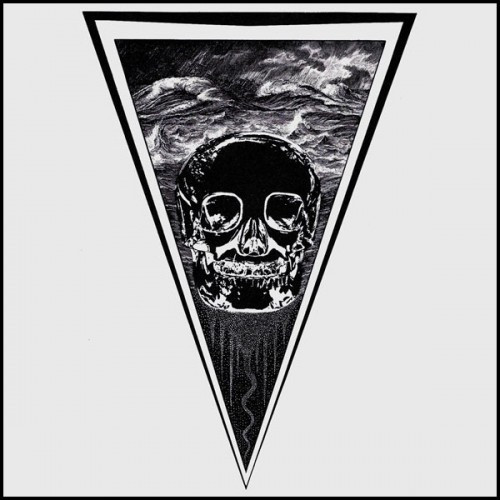 (Music as sex.  BadWolf reviews the self-titled debut album by California’s Ash Borer, which has been making more than a few Best of 2011 lists.)

My favorite bands tend to write longer songs, and yet longform heavy metal intimidates me. The thought of going a full 20 minutes without changing a song terrifies me—I blame the iPod in my pocket, which might as well be part of my anatomy now. Perhaps I’m scared of commitment; some women in Toledo, Ohio, and Kalamazoo, Michigan, will attest to this, and in many ways loving music is like romance. There are plenty of fish in the sea and my time is valuable; I cannot date every good-looking metal record for a full six months before deciding whether or not I want it to stick around. It’s a risky game to play—lots of great records don’t make good first impressions (I hated …And Justice for All when I first heard it).

But let me be a typical man and reflect the blame back on my dates, for a moment. I’m scared of 20-minute songs because I do not trust them to stimulate me enough for the full duration of a single listen. Sprinting is hard enough, a Marathon is herculean. Twenty minutes is a long time, most people can’t handle writing a 20-minute long piece of music, and in general I do not recommend that artists undertake the task. Tom G. Warrior is the exception—I do love “The Prolonging” from the Triptykon record — but otherwise I don’t recall a 20-minute long metal song I’ve listened to on repeat.

But Ash Borer’s 20-minute opus “My Curse Was Raised in the Darkness Against a Doomsday Silence” held my undivided attention for its full duration. I listened to it twice in a row. I did not fetch more hot tea; I let that mug get frigid. I had to urinate, badly, but remained seated until the last strains of odd synthesizer at the end ebbed into silence. Until the amp hiss ceased. 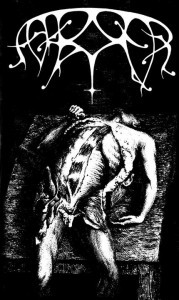 The song is like good sex and, to paraphrase Black Flag, I said I didn’t want it and then I stuck it in. The guitars begin slow, teasing. Tension builds and a rhythm develops. Foreplay gives violent way to banging, tumbling drums and crushing riffs. Things progress as they have before, with other long songs, and about 5 minutes in, things reach what appears to be a satisfying climax. But the song does not climax, it continues.

The pace slows, and the teasing resumes, worse this time. “My Curse Was Raised…” gets in close, changes positions to a more post-doom sound and builds to another salvo. Another climax, another fake out—you’re only halfway there. Time to make-out: gentle twin guitar plucking section with post-punk backbeat. After testing your patience, the crushing grooves return, harder this time, meaner, but with a more ecstatic undertone. By seventeen minutes, you’re galloping and the music is screaming. Twelve minutes later, the promised climax arrives—crash-cymbal hits rain down like mortars in wartime. The feedback continues for a few moments more, basking in afterglow, and the album ends.

It’s the best song on this self-titled record, but that’s why it comes last. Its predecessors, by the way, are likewise excellent slabs of crust-punk-black-metal-fusion, with the added bonus of psychedelic overtones. If that does not convince you that Ash Borer is worth taking out to dinner, and covering the bill, nothing will.

EDITOR’S NOTE: Unfortunately, Ash Borer limited the release of their album to 150 cassette tapes, but it’s now on vinyl through Psychic Violence. Of course, if you exert a little effort, you’ll also find downloads on the net.  Also, earlier this year, Ash Borer and a band called Fell Voices released a split on Gilead Media. The Ash Borer song is another long one — more than 21 minutes. You can stream and then download the split for free at Gilead’s Bandcamp page via this link and order an LP of it there, too.

Finally, the Ash Borer blog reports that Profound Lore will be releasing the band’s next album in August 2012, with recording to begin in March. Now, here’s the first track from the current album, “In the Midst of Life, We Are in Death” (it’s only about 13 minutes long):