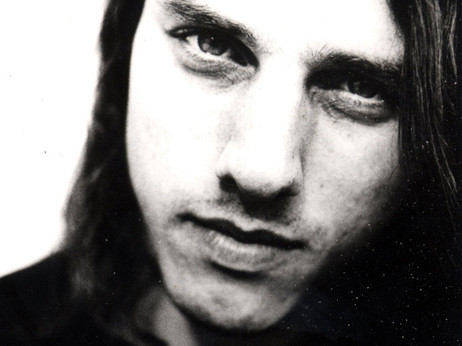 On December 13, 2001 — ten years ago today — Chuck Schuldiner died of a brain tumor after a two-year battle to survive. To honor his memory, NPR writer Lars Gotrich persuaded eleven metal musicians to pick their favorite Death song, and write what it and Schuldiner have meant to them. The list of contributors includes three former members of Death — Paul Masvidal (Cynic), Gene Hoglan (Fear Factory), and Richard Christy (Charred Walls of the Damned), all of whom, interestingly, chose songs from the 1991 album, Human.

It’s an interesting read (and includes streams of the chosen songs), and I thought Gotrich’s introduction eloquently captured the wonder many of us have experienced as we listened to Death’s music from different albums over time — as an artist, Chuck Schuldiner was not only a great talent, he was also constantly moving in new directions. Here’s an excerpt from Gotrich’s introduction (which continues after the jump). To read the whole thing, go here.

“There’s something to be said for the visionary who dismantles the very movement he’s created or pioneered. . . . For a humble guitarist from Florida named Chuck Schuldiner, his metal band Death (not to be confused with the proto-punk band of the same name) was a mere instrument. Along with the Bay Area’s Possessed, Death not only helped spawn an entire extreme genre around gore and technical guitar wizardry, but like horror movies sometimes do, Death also challenged our notions of life.

From the 1983 Death by Metal demo by a pre-Death band called Mantas to the hollering banshee wail of Scream Bloody Gore to the early jazz-metal fusions of Human to the glorious 1998 swansong, The Sound of Perseverance, Schuldiner lived the Leonardo da Vinci creed: “Art is never finished, only abandoned.” Not one Death album was the same, but they were very much all connected; the non-linear narrative continued through Schuldiner’s formation of the scream-less progressive heavy metal band Control Denied.”

There are so many brilliant Death songs, and the catalogue includes so much diversity. But on this 10th anniversary of Schuldiner’s death, I picked this one to play. It’s the one selected by Matt Harvey of Exhumed for that NPR piece, and it’s from the Leprosy album. Harvey writes in his essay about Schuldiner and the song:

“Picking a favourite Death song is pretty tough. When I was first starting to play guitar, I learned the Scream Bloody Gore album from front to back and played along with it religiously. Once I heard Leprosy later that same year (I believe it was 1988, but it may have been early ’89), it was clear that the ante had been upped, not just in terms of Death’s catalog, but for the entire fledgling genre of death metal.I truly believe that Leprosy is the album that ushered in the genre as we recognize it today and as such, may be the most important album in death metal altogether.”

(Thanks to TheMadIsraeli for tipping me to the NPR piece.)

UPDATE: For anyone who is interested in learning more about the music of Death and how it evolved, visit THIS BANDCAMP PAGE, which includes links on the right side to pages for each of the three Death albums that have been reissued to date by Relapse Records — The Sound of Perseverance, Human, and Individual Thought Patterns — and on those pages, you can stream the albums in full.