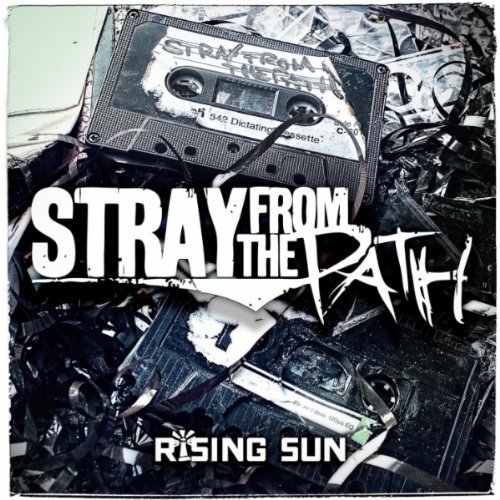 (A new music video from a Long Island hardcore band called Stray From the Path provoked a discussion last night between me and TheMadIsraeli, and that in turn led the MadIsraeli to pen this post, which raises some interesting questions.  Comments please!)

Let’s take things back a couple of decades . . .

When I think of the 80’s, I think of three things.  The best action movies, fucking Slayer, and the tape-trading scene.  I’m only 22 and had the misfortune of missing out, so I can only imagine how exciting it must’ve been to get together with some friends, swapping old demos of greats that were to come or underground legends that were never to be heard from again.

From what I’ve heard and read, there was real community there, the manifestation of the love of music through human interaction and true brotherhood, all with a common unifying purpose and affection: The metal.  Really, not just the metal, but heavy music in general.  Hardcore also had its own thriving tape-trading circuit.  So where is this taking me exactly?

Not only does Stray From The Path play tight, chaotic hardcore full of piss, vinegar, and street rage, they’ve also shown that they know how to make you think.  The lyrics of this particular song and the imagery in the video provoked a conversation between Islander and me that got me going on this post.  You can read the lyrics here for reference (they’re also at the end of this post).

Based on the video, Islander and I originally speculated that this song was simply about the evils of piracy, but the lyrics don’t suggest that, and in combination with the images contained in the video, it appears that there really is something deeper in the subject matter of this song: Not a protest against getting music for free, but the idea that the digital age is killing the heart, soul, and community of music, and especially heavy music.

Now why is that exactly?  How could that be?  It is the reduction of art to file size and bit rate.  I can even look at myself and see that digitalization has kind of desensitized me to the true value of music as both a labor of love by the musicians and as an art form.  I just sort of gobble it all up and go through it like a trash compactor because I can do it so easily.  Trying to resist that is part of why I decided to wait ’til release days to finish album reviews.  I wanted to give the albums time to sink in and to give myself time to fully appreciate the music for what it is.  Ideally, I want to have the space to fully capture and understand the essence of the music I’m listening to, something that is admittedly hard for ANY of us here at NCS or any metal blog to do and yet produce enough daily content to keep readers engaged and entertained. 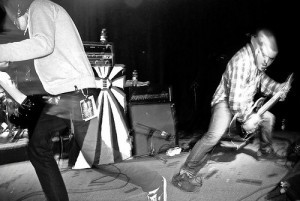 And what has happened to that sense of community epitomized by the tape-trading scene, as I understand it?  It seems that it has become less common for people, either one-on-one or in a larger group, to go over to each other’s apartments or houses to hang out and listen to an album that has just become available that everyone is stoked about.  That kind of in-person sense of community in metal seems to have been undermined by the digital age. People are no longer heading to the record store and bumping into fellow metalheads who are as stoked as you are about whatever new music you’re there to pick up.

Even in the early part of the last decade, before file-sharing and the like REALLY took off, I connected with many people at the local FYE, picking up the new God Forbid or Shadows Fall album at a time when I was in love with first-wave metalcore.  I had good experiences, sometimes having random strangers in my age group with similar musical interests piling into my car with me just to jam that shit the fuck out on the stereo.

It’s moments like these that have mostly died out with the digitalization of music.  I think that phenomenon has also resulted in diminished metal brotherhood. People now have fewer chances or reasons to meet and share music on the streets or in their homes or stores, because it’s so easy to get up in the morning, hit The Pirate Bay, Filestube, Mediaboom, or what have you, and grab what looks good.  That’s reducing listening to music to the equivalent of eating for pure survival and nourishment.  On-demand, costless, rapid consumption of music makes it mean less.

Is that what acquiring and listening to music has been reduced to?  Mere routine?  Maybe it would do us some good to be sent back a decade or more, to live for a while in a different age.  Maybe that would be for the good of metal, to return to an earlier time.  Because really, wasn’t metal originally something above and beyond just the creation of music and the hearing of it?  Maybe, as Stray From the Path proclaims, we really should take it back to the streets.  Maybe we really are essentially slowly killing the art we so love by making it too accessible and too plentiful.  What happens when you become desensitized to what you love?  Do you really love it anymore?  How much does it really mean to you at that point? 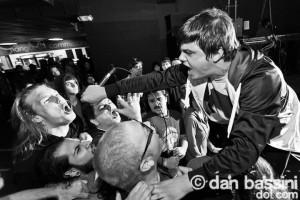 I’m not really reaching a conclusion or making an argument here, just asking the questions, because I don’t know for sure.  What I do know is that I love this music with every ounce of my being.  At moments like this, I remember an ex-girlfriend of mine.  The one who got away, you could say, and who shaped who I am today immensely.  She used to carry around an old tape player with her and had amassed a TWO THOUSAND PLUS TAPE COLLECTION.  That was legit to me.  I wonder if all my arguing with her about the modernization of the music industry being for the better was wrong, and that in fact, it’s for the worse.

Lyrics To “Bring It Back To the Streets”

When there was a sickness, there was a cure
Right outside on the streets at the record store
There once were heros that we looked up to
We never thought that we would do the things that they’d do

Their presence is long gone
Disconnected from the world that we grew up on
Nothing will ever make as much of an impact
When you hear these words will they make you react?

When there was a sickness, there was a cure
Right outside on the streets at the record store
There once were heros that we looked up to
We never thought that we would do the things that they’d do