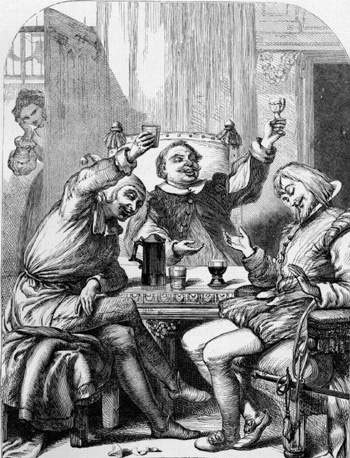 Most people are starting to take a break from their usual daily grind this time of year. School is out for most studious types, working stiffs are about to get some days off, and those who are independently wealthy are continuing to do independently wealthy things, but more so. But not your friends at NO CLEAN SINGING. We are not — I repeat, not — fucking off. There will be no breaks, no dead days, no holiday filler at NCS.

To the contrary, we’re drowning in good content at the moment. Here’s a taste of what’s to come between now and the end of the year:

We will have more year-in-review posts, including more best-album lists from musicians you’ve heard of and guest posts from our more avid readers, plus BadWolf’s Best of 2011 list (in two parts) and a continuation of TheMadIsraeli’s reviews (or re-reviews) of the best albums he heard in 2011.

We will have some interesting interviews, including one tomorrow of the mastermind behind that Swedish band who coined That Word, which I’m trying not to over-use becauth it doeth thomething funny to my mouth, and a BadWolf interview coming your way on Thursday of the driving force behind a band whose recent release has been popping up on a shit-ton of Year’s Best lists.

Andy Synn has promised us a special SYNN REPORT to close out 2011 plus (with luck) two more album reviews. We’ll have some opinion pieces that we expect will provoke discussion. We’ll continue to report on new music we find interesting. And beginning next week, I’ll start rolling out my list of 2011’s Most Infectious Extreme Metal Songs.

And last but not least, we will have an exclusive song premiere that we’re very excited about. In fact, we will be unveiling that particular piece of psychopathic viciousness tomorrow. So, stay tuned. Like your creepy uncle who shows up uninvited for holiday dinners, we’re not going anywhere.