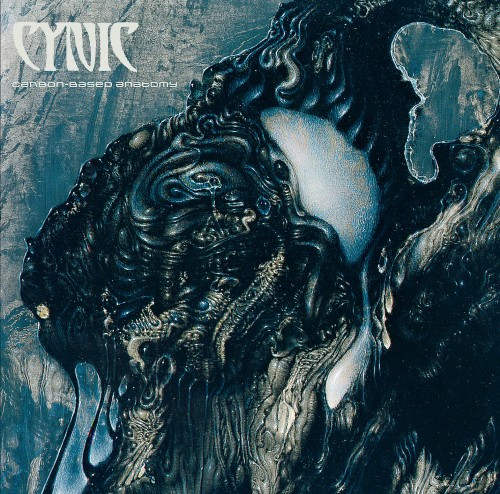 (In this two-part post, NCS and Invisible Oranges writer BadWolf reveals his picks for the Best Albums of 2011. Part 2 comes tomorrow, with the best album selection and a companion interview.)

2011 was such a strange year in metal for me that I’m not sure how to describe it. For years I’ve been all about odd, off-genre switches and progressive mentality, along with high-concept artistic edifice, and all those elements are present in my top 10 albums of the year… in force.

But 2011, to me, was mostly about shifting to minimalism and immediacy. I found myself guided to shorter albums full of straightforward, punchy material. I think the bumper-crop of technical death metal and djent this year has spoiled me, and great artists as well, on showoff guitar work. This was the year for singer-songwriters in metal and great musicians focusing on rock-solid iPod jams.

Yes, this is technically an EP, but there’s more great music in this little gem than most metal bands crank out in the course of a career. My review of this record at InvisibleOranges [here] outlines most of my love for Carbon Based Anatomy.

For those of you too lazy to click, you should know that this EP is a potent mix of the metallic jazz-fusion of Traced In Air with the almost indie-pop sensitivity of the Re-Traced EP. In addition, Paul Masvidal’s fascinating-but-opaque esoteric is still present (it’s an integral part of Cynic’s DNA), but kept to a minimum. The end result is completely dissimilar from Focus, and barely metal at all. That’s four records in a row Cynic has released that bear almost no similarity to anything else in the world. Tech-metal has never been so tender. 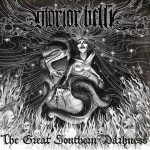 Satanic black metal and blues-based sludge were meant to be mixed, apparently. Glorior Belli mix frigid blasting and screaming with red-hot southern picking into something completely new and fascinating. The Great Southern Darkness actually feels like a closer relative to Mastodon’s Leviathan and Remission records than the swarm of imitators those records spawned, but scratches a completely different itch.

A unique sound is not enough to make a classic record by itself. Good thing The Great Southern Darkness is full of solid songs that all fit together but keep a solid identity of their own. Leave it to the French to beat Athens and Oslo at their own respective games.  This record nearly took my #1 slot. 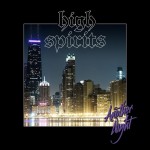 I’m a brooding man. Easily depressed, as I’m sure a lot of you are—metal appeals to the dispossessed and dissatisfied. Considering that 2012 is supposed to be the end of the world and promises a miserable election campaign for president (ugh!), we could all use a pick-me-up.

Chicago’s Chris Black, with his indie-metal-glam-rock project High Spirits, is here to help with retro-metal riffs and relentless optimism. Screw LMFAO, every song on this record (except maybe “Demons at the Door”) is a killer party-rock anthem. Sure, he sings a little off-key and the drums aren’t spectacular—that’s part of the charm. Hair metal hasn’t felt this alive and punky since Shout at the Devil.

By the way, having seen them live at Ogrefest 2011, High Spirits destroy the dancefloor live as well. If only they would have played “Full Power,” my most-listened-to track of 2011. Keep it going! 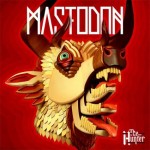 Mastodon write records with character; from Remission, the overworked young factory worker, to the bitter old strongman of Leviathan, to the melancholy, mushroom-popping, nerd-raging Crack the Skye. Even in that cast of characters, The Hunter is… different.

The new Mastodon swirls bubblegum psychedelics with scream-ridden stoner metal. The Hunter moves away from Metallica and Neurosis, toward Pink-era Boris, Jefferson Starship, and the most metal pop band in the world, Sleigh Bells.  It’s a bumpy ride, as varied as it is uneven. At first, I sort of hated it, but I still find myself listening to a few cuts every day. Mastodon still hit more home-runs than they strike out. Even their nuttiest moment in a career full of nutty moments—“Creature Lives”—made perfect sense in a live setting. Mastodon closed their set with the over-harmonized gem, with their entire crew and opening bands as a makeshift choir.

Another feather in Mastodon’s highly-plumed cap. 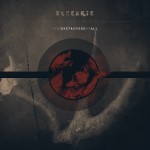 Ulcerate – The Destroyers of All

Not to call out my co-writers (I love you guys) but I think TheMadIsraeli and Andy Synn look for very different things than I do in death metal. This rash of Finnish post-In Flames melodicism does nothing for me. It’s nothing against them, I just want other things. If we were professional wine connoisseurs, they would chase after sweet chilled whites, but I like reds. Merlots. Dry, dusty even. Atomic dust. Ground up glass from Hiroshima.

Case in point: Ulcerate. Williowtip dropped this monstrosity near the beginning of the year and it blew my brains right out. Dark, unflinching, and atmospheric, The Destroyers of All stands at the head of 2011’s forward-thinking Death Metal class.

From start to finish, this record is 40 miles of bad road, rumbling, hateful guitars at odd angles with my favorite drumming of 2011. The secret to Ulcerate is that they’ve mastered the use of a proper rest, silence when no instruments are being struck but the sound still rings. What Cryptopsy did with speed on None So Vile, Ulcerate do with negative space. It’s like Deathspell Omega had a baby with Immolation, but it was raised by Count Basie.

This was the year for this album to release. Observe Buzzfeed’s 45 most powerful images of 2011. Revel in the horror of the Tsunami that devastated Japan, the dust storm that blew through Phoenix, and especially this image of Puyehue in Chile erupting: 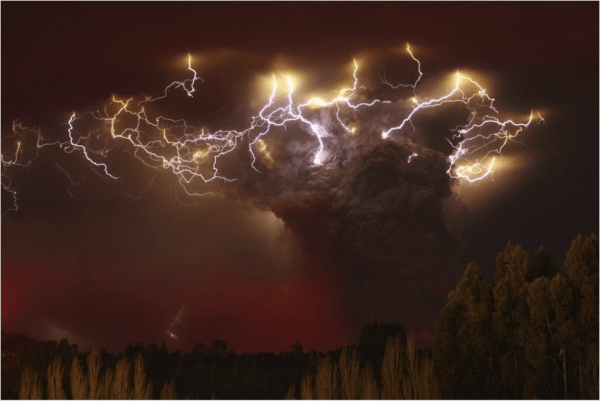 Ulcerate sounds like that picture looks, except with better drumming. 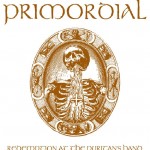 Primordial – Redemption by the Puritan’s Hand

It’s a grower, not a shower. As I recall, the metal community gave Primordial’s latest a chilly reception upon its release and, admittedly, I wanted something more bombastic after how stirring To the Nameless Dead was in 2007. Perhaps it’s my quarter-Irish heritage and Catholic guilt, but I disagree with all that, this record speaks to my heart of hearts.

I see the hesitation; Redemption is a chilly, measured work, one that probably appeals more to the metallic hipster crowd than lovers of the folk-black metal scene Primordial helped establish. The black metal has withered as a tuber under blight, but A. A. Nemtheanga flexes his glorious clean vocals more than ever before, while Primordial venture further into doom and classic metal than last time. In a way, this record feels like Primordial’s tribute to Dio. Once these eight blackened ballads open up, feeling pours out of Redemption. “Bloodied Yet Unbowed” glorifies the existence of metalheads, punks, rebels, and miscreants of all stripes, yet mourns their passing in the same few minutes; “The Mouth of Judas” twists self-loathing into a call for morality in an inhuman landscape. 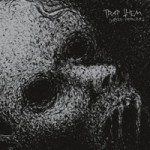 This is my kind of Deathcore: crusty thrash punks using ‘the Sunlight sound’ with ruthless efficiency. It’s a potent mix many can relate to—the sound of pent-up wage-slave rage exploding from every basement window, like a million forty-ounce bottles being shattered on bar tops across the world. Sure, lots of bands are taking up the mantle of Boss HM-2’core with vigor (Black Breath’s Heavy Breathing would have made my top 10 last year had I heard it before February), but for my money Trap Them’s Darker Handcraft is the cream of the crop.

The first half of this record is loaded with great pit-bangers. Trap Them swing effortlessly from grind (“Damage Prose”) to groove (“Evictionaries”) to utter masterpiece (“The Facts”), while frontman Ryan McKinney infects harsh screaming with a quasi pop-punk catchiness. He reminds me of Randy Blythe circa As the Palaces Burn. The last two tracks of the record take things to more melodic waters much the same way Converge did on Axe To Fall, minus the Americana influence. 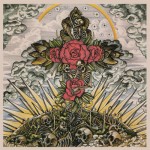 Big Kiss Goodnight is guaranteed to make you mosh. Even the least metal human being in the world might start a fight if you play it loud enough. 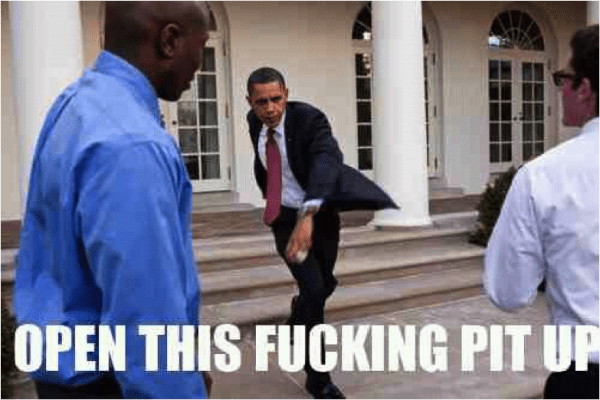 This is a biased pick; I’m totally TUI ‘till I die. This style of sing-and-punch-along hardcore has been having a big renaissance as of late—see last year’s Cruel Hand and Bitter End albums—but the true heir to the Crown of Thorns has to be Trapped Under Ice.

Whatever. Big Kiss Goodnight is a step up from Trapped Under Ice’s strong debut, Secrets of the World. Guitarist Sam Trapkin has clearly learned from his too-brief stint with hardcore supergroup S.O.S. earlier this year—his riffs feel more moshable, and his chord vocabulary sounds more unique. The Baltimore bastards jettisoned the occasionally-cloying breakdown hardcore song structures of the past, and upped the melody. The attitude remains, just with more maturity. Big Kiss Goodnight meets that perfect marriage of band and production: the sound keeps the hot, juicy, mid-range sound, but everything just pops a little more. 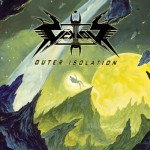 On Outer Isolation, the black metal takes a back seat to a rekindled sense of melody. Tracks like “Venus Project” and “Tetrastructural Minds,” as well as others, offer slower, melodic bridges. The album feels a little longer as a result, but the riffs hit even harder when they return. It’s not a revolution in sound, but when you’re one of the most unique metal bands in the game, that’s hardly necessary. A worthy successor to an instant-classic record, Outer Isolation is critical listening material.

Disma – Towards the Megalith

Flourishing – The Sum of all Fossils

Subrosa – No Help for the Mighty Ones

Battlecross – The Pursuit of Honor

Nader Sadek – In the Flesh