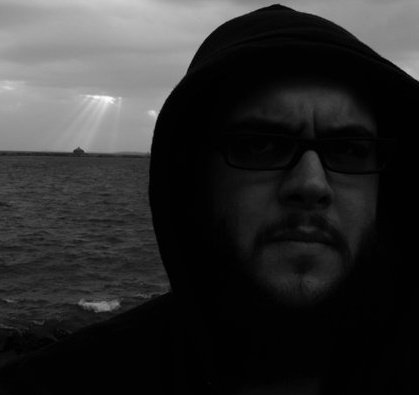 (I got sort of caught up in all the year-end Listmania we’ve been feeding you on this site, and am therefore late in publishing this guest opinion piece by Jesper Zuretti of The Binary Code. Check this out and let us [and Jesper} know what you think.  Are we putting too much emphasis on recording quality?)

We Are the 3%: Recording Quality v. Song Quality
a novice attempt at history, psychology, and temptation

The best part about music, in my opinion, is the freedom you have with it, and yet people are probably pickier about music than they are the food they eat. The history of music proves to us that recording (although it’s the conduit to our musical stream) is but a small aspect of music’s place in the entirety of human existence. I’m no certified musicologist (although I’d like to think I am), but maybe we’ll open some minds – just bear in mind that I’m a long-winded typist! Stay with me:

Human beings have been making music as long as the species has existed. The human voice is considered one of the first instruments we ever used to make music. And beyond that, Humpback whales also spend a great deal of time creating music (and by “great deal of time,” we’re talking Frank Zappa amounts of time). So it’s very safe to assume that music was being created even before mankind came into existence. On that assumption, if you subtract the amount of time during which humans have actually captured music on recordings from the length of time whales have been on this planet (speculated to be 54 million years), you end up with less than 3% of music’s supposed development time dedicated to recording. 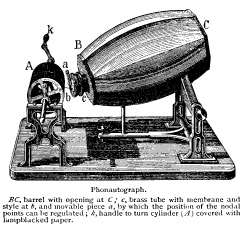 When was the first recording of music ever created? Music history books will tell you that Edouard-Leon Scott de Martinville created the phonautograph in 1857. It  was essentially a horn used to capture the sound, which was directly attached to a diaphragm and bristle that vibrated inscriptions onto a hand-cranked cylinder. The song recorded was “Au Clair de la Lune”, a children’s song/story that I’d be willing to bet most children from the 1980’s forward (including me) haven’t even the faintest recollection of.

Now, you can imagine the quality of the phonautograph, as compared to Pro Tools 10 with hundreds of thousands of dollars of outboard gear and analog tape machines. The quality might be different, but does the latter really tell a story, set a mood, or bear a tone in a fundamentally better way? Keep in mind, 1857 was the first time humans were capable of hearing playback music. Since that time, each era of music has had its top-notch producer. A shitty recording in 1960 may very well be the best recording of its generation. With the progress of technology, we need to understand that the quality of the engineering and recording at any one moment may not stand the test of time.

The first time I heard black metal, I was instantly turned off by the lo-fidelity quality of the music. (Mind you, I “heard” black metal; I didn’t “listen” to black metal. But we’ll diverge into the differences between hearing and listening to music a little later on.) The quality of the musical composition, emotion, story-telling, and just about every other aspect outside of the Audiophile’s Guide to Music, were all completely disregarded, based on the final production value of the recording. Same goes for the drone genre: all I was hearing when I first clicked Sunno))) on mp3.com in 2001 was rumbling, low-end, changing pitch every 25bpm meter.

Contrastingly, the first time I heard a band like, say…Meshuggah, the quality of the recording was obviously leaps and bounds beyond something that would have come out of the Inner Circle in Norway. But now, with all of the recording tools we have in our modern musical era, it’s very easy for a band to obtain a “high quality” recording. But as many wise men have said, “You can’t polish a turd.” 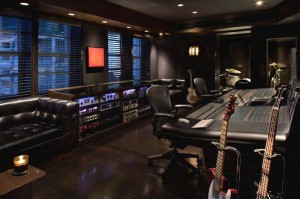 Hearing music versus listening to music, what’s the difference? First and foremost, when you hear something, it doesn’t necessarily mean you fully paid attention to the sound. As a matter of fact, we hear things all the time without paying any mind to them whatsoever. This is often the case for the average, common, simple, music-hearing individual. Music to them is in the background of their lives; the lyrics, the creativity, the uniqueness, the meaning, none of that has any effect on what they’re listening to.

Of course, we all can admit that when we listen to music, we don’t always sit in a windowless room with a prospectus of musical rules and regulations, checking off each line as the song plays on. But I tend to give heavy music fans more credit than the average human when it comes to scrutiny.

When you listen to music, you’re doing just that: LISTENING. When your parents yelled at you about things as a teenager, you were just hearing “rarr rarr rarr rabble rarr”, not listening to the advice (most often disguised as demands) they were giving you. Now, as a grown-ass human, you should be able to look back in retrospect and realize that you weren’t listening. You just heard their words, in one ear and out the other.

Now, when a person listens to black metal or drone (and, for the record, I’m not here to convert anyone into black metal or drone fans – they’re just often overlooked genres of music), they should hear more than the 4-track tape recording quality. I’m sure there are hundreds upon thousands of reasons why black metal still just doesn’t do it for some folks — I’m not saying that people who don’t like black metal and drone aren’t listening to it correctly. I’m simply saying that it’s almost border-line teenager for someone to avoid a genre based on the quality of the recording.

I hope I’ll be able to delve into this topic a little bit more in the future – so leave questions, comments, concerns, and I’ll make sure to keep them in mind with my next guest piece. Thanks for reading!

PS: For those interested in checking out some black metal or drone that have interesting and unique qualities to the recordings, please check out: Xasthur – Portal of Sorrow, Leviathan – Massive Conspiracy Against All Life, Deathspell Omega – Paracletus & Fas – Ite, Meledicti, in Ignem Aeternum, Sunno))) – Monolights & Dimensions.

[EDITOR’S NOTE: Check out Jesper and his band the Binary Code @  http://www.facebook.com/thebinarycode , and by all means, if you’ve got an opinion about the topics Jesper explores in this piece, leave a comment.]

[ANOTHER EDITOR’S NOTE: Jesper and I have figured out that we are pursuing the right career paths, instead of one that requires . . . math proficiency. The correct percentage for this post is not 3%, but .000003%, which is roughly the percentage of the time since whales came into existence that human beings have been recording music. But we’re sticking with 3% anyway. Call it literary license.]

59 Responses to “WE ARE THE 3%: RECORDING QUALITY v. SONG QUALITY”