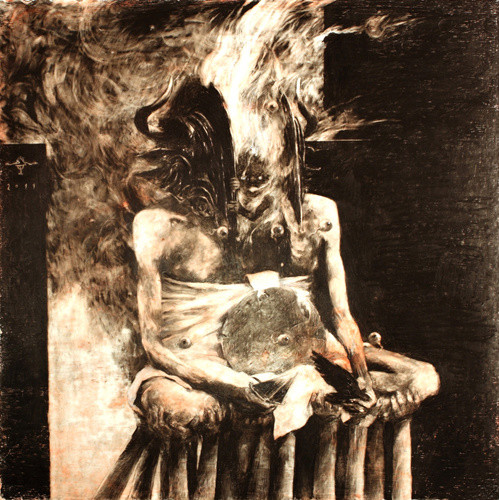 I read them yesterday, for example. In doing so, I made two wicked discoveries which got me so enthused that I feel compelled to share: music from Wrathprayer and Antichrist. Mind you, I knew nothing about either of these bands before yesterday. I still don’t know much — except I know I like the music I’ve heard.

Wrathprayer is from Rancagua, Chile. This may be the first Chilean metal band I’ve heard. According to Metal Archives, they have two demo’s to their credit, from 2009 and 2010. JGD at The Living Doorway reviewed the 2009 demo. Here’s a few choice words:  “Sounds like they were born and raised in the basement of a heavy metal bar, or at least, you know, used it as a recording studio for this demo. Ominously lo-fi and dripping with disease . . .”

And then there was yesterday. It appears Wrathprayer is about to deliver an album, called The Son of Moloch, on the eminent Nuclear War Now label. Actually, that’s the short title. The full title is this:

The Son of Moloch: The Sublimation of Sulphur’s Essence Which Spawns Death and Life

I pondered briefly about what the essence of sulphur might be, knowing only that the sublimation of it spawns death and life. But I didn’t ponder too long, because Nuclear War Now has unleashed a song from the album on their Bandcamp page, which The Living Doorway featured, with these words: “We are fucking amped on this.” Having heard the song, I am fucking amped on this, too. Burrow down into the filth, with full ampage running through your primitive brainstems: 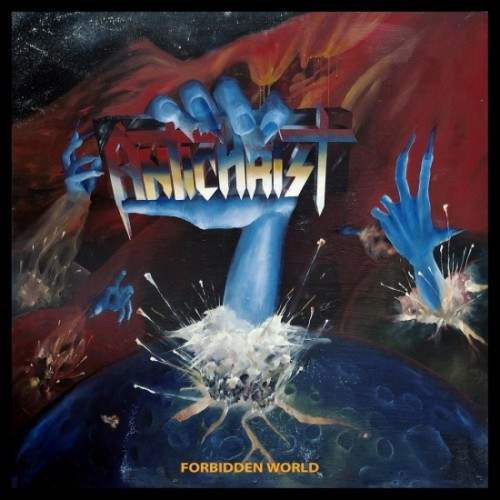 Antichrist is from Växjö, Sweden. As in the case of Wrathprayer, they’re a young band, with a debut album released in September on High Roller Records called Forbidden World. The master of From the Dust Returned, autothrall, wrote that listening to the album was “some of the most fun I’ve had all year” in the genre of blackened thrash. His verdict on the album was “Epic Win” with a rating of 9.75/10. Here’s an excerpt from the review:

Imagine if you might pick around in the time stream of the 80s and draw forth the very best elements of Destruction’s Sentence of Death, Kreator’s Pleasure to Kill, Slayer’s Hell Awaits, Bathory’s first few albums, vintage Possessed and Venom’s Welcome to Hell and then breed them together for several generations in some dank, forgotten kennel in a corner of Hell. About a century hence, or rather 20 years give or take, the offspring of their offspring finally emerge from some crack into the mortal purgatory and unleash the devil’s music upon the unsuspecting. Forbidden World is not ‘news’, perhaps, and hundreds of other bands have followed a similar path, but treacherously few with such ripping, diabolic finesse.

With words like that, I really couldn’t resist getting at least a taste of Forbidden World. Dayam-nation, was that a tasty taste! The infernal riffery! The echoing, ass-hair-on-fire vocals! The speeeeeeeed! Thank you mr. authothrall sir. Here are a couple of the songs that I heard last night before the demon alcohol got me in a crushing headlock:

So, about that metal elitist thing. Am I, or am I not? And what does it mean anyway? And what did you think of these bands? And what do you think will fix a thermonuclear hangover?