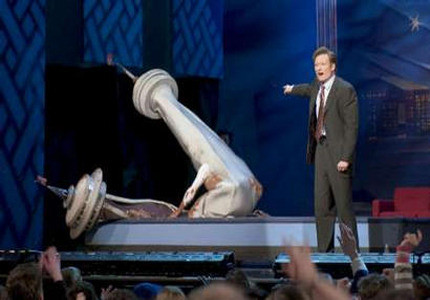 (Ex-TNOTB stalwart DemiGodRaven gifts us with another post, and this one brings news of free new music from The Neologist. Also, there’s something in here about Seattle. Personally, I love when people tell the rest of the world how grey and wet it is here.)

I have been to Seattle once before in my lifetime. Back in 2009 I was invited rather suddenly and without warning to join some friends on a pilgrimage to the Seattle Convention Center where the Penny Arcade Expo was being held, and so naturally that resulted in three other dudes and myself packed into a Ford Focus driving up I-5 for 11 1/2 hours so that we could arrive at seven in the morning, about an hour before the show started.

In a way it was everything I had imagined Seattle to be — it rained for two days and was pretty grey the rest of the time. Looking at it long enough, you can almost see how a movement like Grunge grew out of the Pacific Northwest. I personally didn’t find it that miserable, but you’re talking to a guy who enjoys Swallow The Sun, Katatonia, Before The Dawn, and Insomnium. If it’s the sort of beauty you’d find in a field completely blanketed with snow, a desolate city, or in Seattle’s case the sort of melodramatic grey that seems to permeate everything, then you’d better believe that I’m the first in line to enjoy every second of it. Of course, that doesn’t explain why I’m here now but then again there are a lot of things that need explaining.

Such as why this asshole does his job interviews in person.

I’m basically trying to spin the gears back into motion by doing this, as I found that during the time where I wasn’t doing anything in terms of writing…well, my craft suffered. Thus, I’ve begun to write sporadically for NCS by offering to do some reviews and help clean up the backlog, and even bring some of the joyous bit of passive aggressiveness that became my calling card when I wrote the news over at TNOTB.

I’ve brought along one specific item for display here, and it is a holdover from the former site, but it is some free stuff and it needs to be shared. For those who never read TNOTB, I gained a bit of a fondness for East Coast melo-death upstarts The Neologist and their body of material. The guys have made no qualms about the fact that since there are only two of them in the band, they can basically do whatever the hell they want. This has resulted in a staggering amount of freedom.

They’re basically doing what I wanted to do when I had dreams of being a musician. They do their own solo work, and in between all that they have been recording cover songs as tribute to their influences. Their bandcamp page, for instance, has both a 2009 release and then an ongoing collection of covers of various In Flames songs. Surprisingly enough, I actually enjoy a couple of them more than the originals. I chalk that up to me never being a massive fan of Anders Friden’s vocal approach though.

While the TNOTB site was down and your narrator found himself floating in limbo, the guys announced that they were doing another collection of cover songs while they hammered out the final bits of their next release, The Promise Of Eternal Separation. They had already hammered out quite a few details of this covers collection as well. 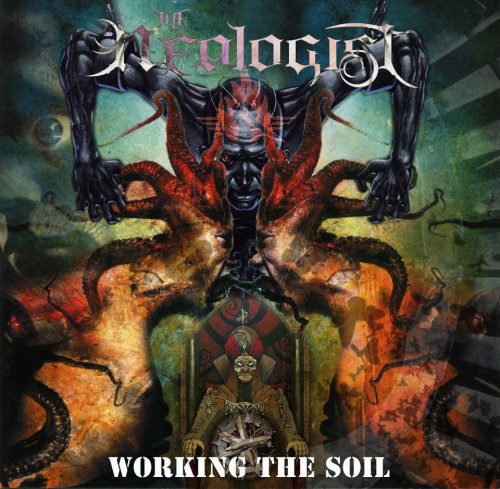 This one was going to be dedicated to Soilwork and was, cheekily enough, entitled Working The Soil. The album art is a ridiculous blend of all of Soilwork’s album arts into one, much the same way The Neologist have done with their In Flames collection’s cover art.

Another interesting tidbit for the upstart band with only 125 likes on their Facebook page was that they had managed to get famed drummer Samus to do some drumming for this release. Lo and behold, the first thing the guys make available for free on their bandcamp page from said Soilwork covers collection is the song that Samus drums on, which is the cover of the song “Shadowchild”. Not only that but you can check out the youtube video of the guys playing the song. It is a solid-as-hell cover and the fact that there are more songs in the works has me excited for this band.

Melodeath is a tough genre to get into these days. It has been refined, melted, and hammered down to its most basic essence by so many bands that I almost immediately forgive those that don’t get into it. I understand all the complaints, but I also find it fascinating how the newer generation of bands still approaches the genre and willingly play it, knowing full well there probably isn’t much in it for them. I think we’ve now reached a generation where people are doing it because they love it enough to want to play it.

I see some of that in the guys in The Neologist, which is why I relentlessly post about them when they release something new. They love the stuff enough to record covers of it and issue that out for free. They release their own material for free, too. It is basically just a desire for getting heard that seems to be propelling them, and the fact that they’re pretty good at what they do makes it easy for me to reward it.

Now, if only they’d release their second album of original material. I’m interested to see where the band goes now that they’ve been playing around with all their influences for so long. Something has to have spilled over into their own works, and I’m eager to dissect what went into what.

So it’s either that or the fact that Hostess filed bankruptcy. Either way, those are the two I’m headed into this interview with. Wish me luck, I hear this site owner is kind of an asshole.