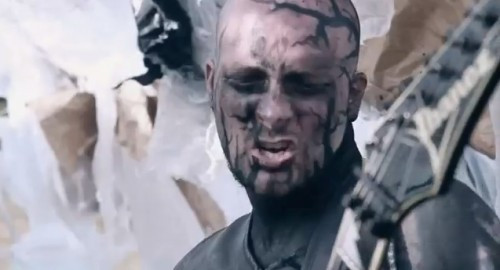 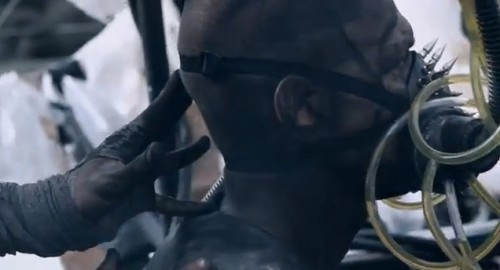 Season of Mist released the most recent album of French black metal band Otargos — No God No Satan — back in 2010. The band is working on new music now, but only within the last two weeks relased an official music video for a song called “Worship Industrialized” from No God No Satan. It’s definitely not something that uses the more traditional black metal motifs.

The music doesn’t start until about the 1:45 mark. Before that, you hear narration of a story, while watching pictures of a desolate, volcanic landscape (filmed in Sicily). The story is about Earth in a post-apocalyptic time when a new religious cult has arisen, one with ironic roots.

After the music begins, the members of Otargos eventually seem to represent forces of freedom capable of stripping away the delusions of the new cult, though they, too, appear to be survivors of the apocalypse that destroyed civilization. The visuals have an epileptic quality, which apparently was the result of a simultaneous multicam capture when the song performance was filmed.

Those visuals and the music go well together, because the music is blistering and vicious — but man, it’s also got a massive beat that’s catchy as fuck. This is the only song I’ve heard from No God No Satan, but it’s enough to send me exploring what else that album has to offer. And congrats to Federico Anastasi (Undeci | Decimi) and his team on a cool video. Watch it after the jump.