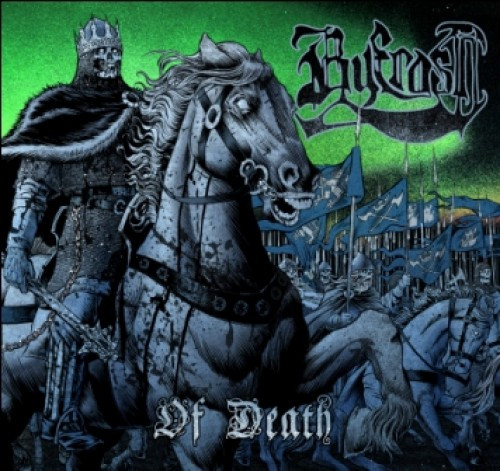 This is Part 18 of our list of the most infectious extreme metal songs released this year. Each day until the list is finished, I’m posting two songs that made the cut. For more details about what this list is all about and how it was compiled, read the Introduction via this link. To see the selections that preceded this one, click the Category link on the right side of the page called MOST INFECTIOUS SONGS-2011.

No, my primal urges include the kind of base needs satisfied by today’s two additions to this list. Yes, I am base, and all your base belong to me, and I belong to Byfrost and Bury Your Dead. And this is my list, and therefore my will is yours. (goddamn, am I full of shit or what?)

When I first heard Byfrost’s 2010 debut album, Black Earth, I thought most of the tracks sounded like marching songs and battle music for orcs — the inexorable stomp, the headlong charge, the baring of oily teeth, the spiked maces held high. I included a song from that monster of an album on the MOST INFECTIOUS list last year — in fact it was the first song. And 2011 brought another Byfrost album, and it also brought another Byfrost song for this year’s list.

I wrote at length about Of Death here, and I won’t repeat all of it now. I’ll repeat this much, though: The album does include surprises — variations from this band’s main strength that are quite cool and that make this an album that bears listening to from start to finish — but it’s the main strength that landed Byfrost on this list: the ability to craft (and execute) truly massive riffs, skull-crushing drum patterns, Nordic vocals that drip blood, and a variety of grim melodies that sink their hooks deeply into your memory. It also sounds great. Herbrand Larsen and Ice Dale of Enslaved co-produced the album and did a fine job.

And what primal urge does the following song satisfy so thoroughly? Why, it’s the urge to bang my fucken head, of course.

I also have a primal urge to mosh ‘n’ roll. 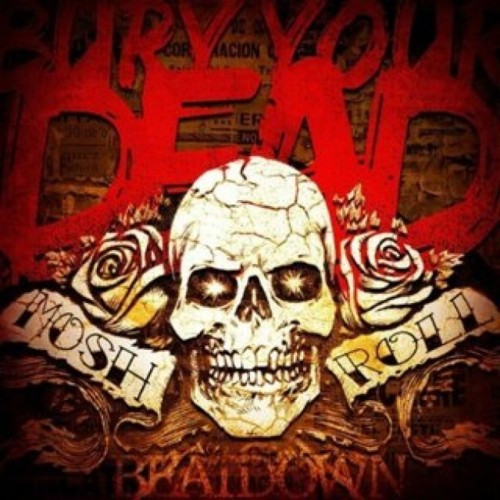 If failing to review a deserving album were a criminal offense, I’d be doing a long stretch in solitary confinement for missing out on a review of Bury Your Dead’s 2011 release, Mosh ‘N’ Roll. For me, it was a landmark album: As I’ve explained elsewhere, I was motivated to start this blog, and in fact picked its name, because I was pissed off about what happened to BYD’s music after vocalist Mat Bruso went off to become a teacher and Myke Terry took his place.

Mat is back, of course, and BYD has turned itself around and once again embraced the in-your-face, head-butting, venom-spitting, throat-stomping, hardcore style of music that got me hooked on ’em years ago. The heavy grooves are back, too, with riffs that hit like concrete hammers and a meaty low end.

Mosh ‘N’ Roll hasn’t replaced some of the older albums as my BYD favorites, but I still had fun getting punched out by it, and honestly, there’s just no way I could finish this list without including a song from the resurgent BYD. They’re just way too tied in with how NCS came to be. Plus, the shit really is infectious. Here’s my pick:

One Response to “OUR LIST OF 2011’S MOST INFECTIOUS EXTREME METAL SONGS: PART 18”