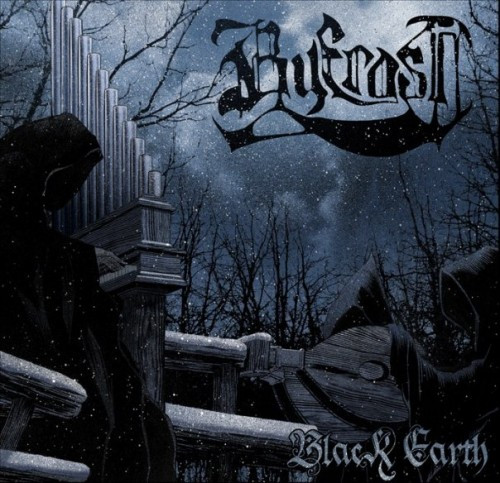 We didn’t prepare our own official NCS list of 2010’s best metal albums. That was too damned much work, and we’re too damned half-assed to do it. Fortunately, we had a lot of other contributors and readers who were willing to do it for us. And to all of them, we offer our heart-felt thanks for all the fascinating lists to which we devoted most of last week’s posts.

Today we’re rolling out the first two entries. This is NO CLEAN SINGING, and so we’re starting our list with some old-school death metal, or maybe you’d call one of the songs blackened death metal.

Anyone who says death metal isn’t catchy, isn’t infectious, isn’t memorable — well, all you’ve got to do is listen to these two songs and wise up. These songs make us proud to be metalheads. To quote NCS reader Bob MacBobbob — he of the beer can Christmas tree — “We’re as proud as men who have just busted a shit that won’t flush!” Have a listen after the jump . . . 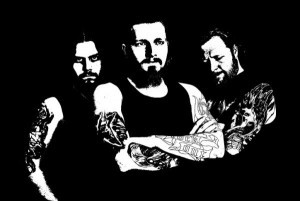 Our first entry on the list is a song by a three-man band from Bergen, Norway, called Byfrost. When we reviewed Byfrost’s 2010 debut, Black Earth (here), we described the music as “bare-boned and primal”, filled with “hooks so sharp and deep that it’s easy to get caught up by them”, producing “the sensation of being shaken like a rag doll by giant, clawed hands in time to a hellish beat.” We compared Byfrost favorably to Grave, Asphyx, and Immortal.

Black Earth is filled with infectious songs. We picked one called “Desire” for our list — though the melancholy instrumental “Skull of God” is a close competitor for our affections. “Desire” is loaded with massive riffs that compel head-banging, as well as memorable melody. Don’t be fooled when the music comes to a dead stop at 2:13. It’s just shifting to a more stately pace. And when the opening theme returns again at 5:20, you may smile, and you’re almost sure to start banging yo’ head with a vengeance.

“Say your prayers / To someone who cares / You will be burned / Why haven’t you learned?” 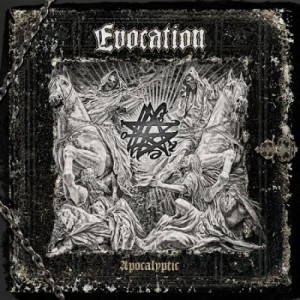 Our second song is from a Swedish death-metal band whose music we discovered through one of our MISCELLANY posts (here). Evocation was formed in 1991 and recorded two demos the following year, one of them at the famed Sunlight Studios — which is to say that these dudes were part of the original, first wave of Swedish death metal. They went into an extended musical hiatus beginning in 1993 but re-formed more than a decade later and finally began releasing albums.

Their third album — Apocalyptic — appeared late this year, and it includes the second song we’ve picked for our “most infectious” list. I can’t do much better than to repeat what I said about that song in the earlier MISCELLANY post:  “It’s fast, with a vibrating wash of melody-tinged, ass-grinding riffage; scarred, banshee-style vocals; and a flickering, weaving guitar solo that put a big fucking smile on my face. The song immediately triggered the headbang reflex and rattled my skull all the way through to the end.”

The rest of Apocalyptic is mighty fine, too. But on the infectiousness index, “Sweet Obsession” remains our favorite track. Those mighty buzzsaws are starting to spin and grind; loosen up your neck muscles and check out our second entry on the list:

8 Responses to “OUR LIST OF 2010’s MOST INFECTIOUS EXTREME METAL SONGS: PART 1”