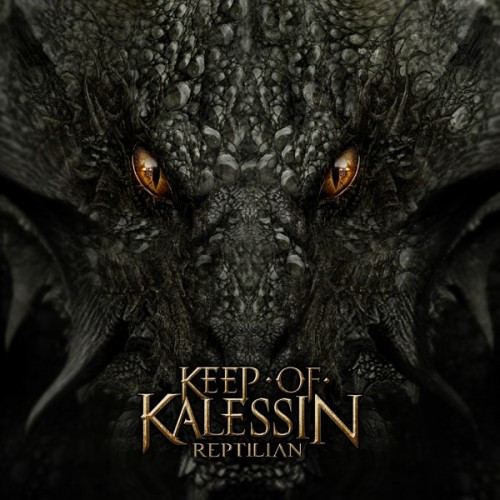 Today we have the next two entries on our list of the year’s most infectious extreme metal songs.  For a full explanation of what we mean by “most infectious”, read this.

Yesterday we began the rollout with some old-school death and black/death metal. Today we have two diverse entries that in quite different ways show once again how aggressive metal can light up your life like genital electrodes — except in a good way.

Norway’s Keep of Kalessin made a big mark on 2010 with the release of Reptilian. When we reviewed it in June (here), we noted its stylistic diversity and praised it as an album full of gems, organized in homage to the terrible majesty of the dragon.  (more after the jump . . .)

The entire album is the sonic equivalent of dragon claws seizing you from above, carrying you away above the clouds to a boiling volcanic summit where beautiful, scaly mayhem reigns supreme. Every song scars the flesh but elevates the soul at the same time.

One song from this magnificent album stood out on the infectiousness scale, and it happens to be the first one. Bow down to the  power of teeth and claw. Here’s “Dragon Iconography”. Try to keep still. We dare you. Damn, this is sweet. 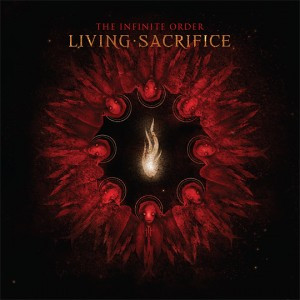 The Infinite Order, released near the beginning of the year, was the first full-length album of all-new music from Living Sacrifice since the band broke up in 2002. We looked forward to it with relish ever since learning in 2008 that the band had reunited.

And man, it fulfilled our fondest wishes. When we reviewed the album in February, we expounded on its excellence like this:

“Let’s start by saying that with The Infinite Order, Living Sacrifice has just about perfected their evolving fusion of thrash, death, and groove metal. This is a mature work by artists who have honed their craft through hard work over many years. They’ve retained the tried and true, they’ve kept the faith with the roots of their music, but they’ve perfected their sound and added to its depth.” We called it “headbanger’s heaven” — “stone-heavy pummeling shit” — and noted that multiple songs on the album were already candidates our year-end list of most infectious songs.

Yeah, we’re about 10 months later, and multiple songs from this album are still on the list, but this one still takes the prize. It’s furious, it’s angry, it hits like a prize-fighter, it’s got groove enough to snap your head around like a round-house punch to the temple. After three European bands have launched the initial spaces on this list, it’s about time we turned to an American band, and what better choice than Living Sacrifice.

Get ready to have your ass kicked. Fuck, these guys know how to riff the shit out of your soul. Here’s “Rules of Engagement”:

6 Responses to “OUR LIST OF 2010’S MOST INFECTIOUS EXTREME METAL SONGS: PART 2”