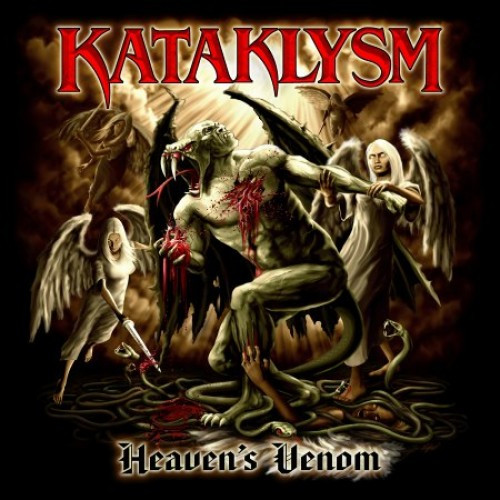 Here we have the next two entries on our list of the year’s most infectious extreme metal songs.  For a full explanation of what we mean by “most infectious”, read this.

Our fifth and sixth additions to the list are songs from albums we reviewed earlier in the year, one by Canada’s Kataklysm and one by Finland’s Kalmah.

In our review of this band’s 2010 release, we called Heaven’s Venom “an irresistible onslaught of powerful grooves and dark melody, fist-pumping anthems and mosh-pit missiles.” (more after the jump . . .) 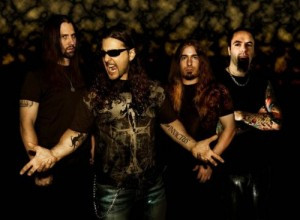 We wrote that everything on the album was big and powerful: “Big-assed, sawing riffs that generate industrial-strength, nail-driving rhythms; those ‘northern hyperblasts’ shot from the drumkit like a cloud of angry hornets; dramatic melodies; and Maurizio Iacono’s distinctive, passionate, grizzly-bear roars.”

Ironically, our favorite song on Heaven’s Venom is one that is perhaps least like all the rest on the album. “Suicide River” features blackened riffing, with dramatic tremolo-picked chords and a melancholy melody in the chorus sections. But the song also pummels with intensity, and we think it belongs on our list of the year’s most infectious songs. Have a listen: 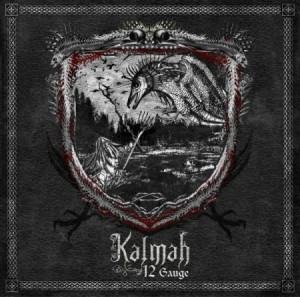 We thought Kalmah’s 2010 album, 12 Gauge, kicked all kinds of ass. In our review, we wrote: “12 Gauge is filled with thrash-metal speed, hammering rhythms, and enough infectious power-metal riffs to wake the dead and set their heads to banging. But this is melodic death metal, and so 12 Gauge also delivers blistering melodic guitar solos and soaring keyboards. Pekka Kokko’s vocals supply a low-end howl that provides an effective contrast and complement to the melodies.” In a nutshell, we said the album was “just more fucking fun than the law allows.”

12 Gauge is an album filled with memorable tracks, but one in particular stands out as the most infectious, and it’s such a catchy piece of metallic extremity that we thought it belonged on our 2010 list. It’s got one killer riff after another plus a blowtorch guitar solo. It thrashes and spins, it jets flame, it rages, it will make you bang your head. Love this shit. Better than the last Children of Bodom release. Eat it up:

4 Responses to “OUR LIST OF 2010’S MOST INFECTIOUS EXTREME METAL SONGS: PART 3”