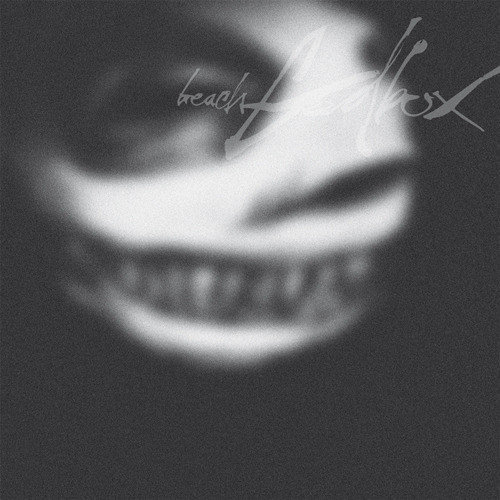 That’s what this post is — just a spin of the metal roulette wheel. The tiny ball (otherwise known as my brain) skitters and bounces around and eventually comes to rest in a slot, and then we spin again. Four slots, four bands, new and old, picked at random based on newly available music, but recommended by my tiny, ball-like brain.

I first heard mention of this band in the list of albums recommended by Mika Andre (Eryn Non Dae.) as part of our 2011 year-end Listmania. Mika’s list included an album called The Tunnels by a band called Terra Tenebrosa (which, by the way, has been wrecking my sanity ever since). Mika mentioned that Terra Tenebrosa was a projected started by some guys from a Swedish band called Breach.

Then, last night, I saw that a 2002 EP by Breach called Godbox was being re-released in re-mastered form on vinyl by Apocaplexy Records. Apocaplexy gave this description of the music:

“It starts with weird noises and woman screaming. The drums kick in, this gnarly bass, this groove, these melodies. Audible darkness, 98% darker than most Black Metal bands claim to be. The important thing: This is unique, untouched by cliches, timeless . . .This swedish band which lacked brighter attention in their days because everybody rather focused on Refused. This band people compared with Neurosis because yet again it just lacks comparison. It’s more than hardcore, more than metal, more than any other box you want to put this in.”

Helpfully, Apocaplexy provided one of the re-mastered tracks for streaming. It’s called “Seconds Away”. It’s fucken sweet. I want this record. 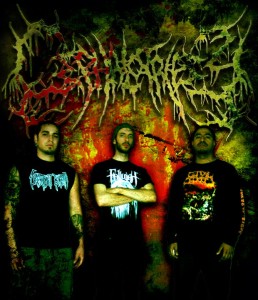 Angel Ochoa (vocals), Andres Guzman (guitar), and Forrest Stedt (drums): together, they make up San Diego’s Cephalotripsy. Brutal death metal doesn’t get more brutal than what this band churns out. It’s particularly insane that they do it with just two instruments — actually, three, if you count Angel Ochoa’s uber-gurgly guttural vomitations.

A couple days ago, Axel of One Handed Skull Crushing and One Inch Giant sent me a link to a just-uploaded video of Cephalotripsy’s entire live set at the Kiev Sonic Massacre 3 last September in the Ukraine. What these three guys do is just nuts. You’ve got to be a fan of brutal, slamming death to get into this, but if you are (or at least have an open mind), this is a punishing performance, complete with some punishingly intense headbanging by Guzman and Ochoa.

Lots of people have been posting on facebook about the new single by Montreal’s Beneath the Massacre and sending me e-mails about it, including a laudatory one from TheMadIsraeli. I’ve been a fan of this band for a while, but yeah, the new song really is the shit. It’s called “Symptoms”, and it appears on the band’s next album, Incongruous, which will be released by Prosthetic Records on February 20.

[soundcloud url=”http://api.soundcloud.com/tracks/32958156″]
A second song from the album has also surfaced in a lyric video. This one is called “Left Hand”. Also the shit. Maybe it’s time to anoint Quebec the tech-deth capital of the world: 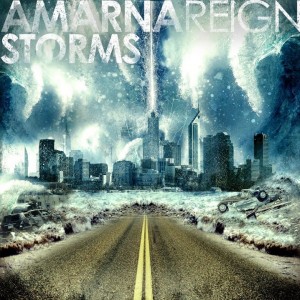 For this last one, I went with a recommendation from NCS co-founder IntoTheDarkness. He warned me in advance that the music included clean singing, but said it works very well in this Indianapolis band’s music.

Amarna Reign self-released an EP in 2009 called Atonement and just yesterday released their debut album, Storms, which is available on iTunes and Amazon mp3. Storms is what IntoTheDarkness was raving about, throwing around words like “fucking amazing”, “epic as fuck”, and “already on my best of 2012 list”.

Over the last few months I’ve not been as diligent as I should be in following up on ITD’s recommendations, so I did this time. I got the album and I’ve started listening to it. Here are a few early reactions:

1. The intro to “Sacrifice” tore holes in my lower intestines;

2. The vocals and the hard riffs reminded me of early Bury Your Dead — they tear your spine out and grind it into some kind of aphrodisiac for rhinos;

3.  I felt like punching something fleshy that would bleed when punched;

4. The goddamned riffs and electronic effects made me want to chew the fucken gypsum board right out of my walls;

5. Yeah, the electronically altered clean vocals, though they’re rare in what I’ve heard so far, do work;