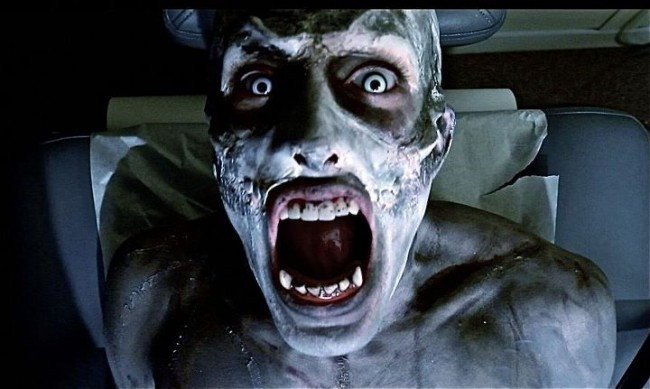 I first heard about this South Florida band a couple weeks ago from NCS co-founder IntoTheDarkness. They self-released a seven-song EP last year called A Universal Plague, which is selling on iTunes and Amazon mp3. When ITD recommended them to me, I picked up the EP and listened to two songs, which is all I had time to do at that moment. I liked what I heard, and then by coincidence one of those two songs (“Vermosapien”) turned out to be the one featured in the official video that Abiotic released last night. 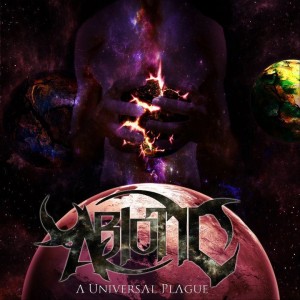 It seems like more and more unsigned bands are managing to make their own videos, but this one (and the one from The Korea featured at the end of this post) are better than the average shoestring-budget production you usually see.

“Vermosapien” flits back and forth between a concept story and epileptic shots of the band performing the song. The lyrics on A Universal Plague blast humankind in a dense and cryptic prose, and the words to “Vermosapien” refer to “the conception of multifarious vermins” and the reviling of “those who choose to metamorphose”. The story in the video may be an interpretation of the lyrics, though I don’t pretend to understand what I’m watching — but it’s arresting to watch, and the whole thing is as spacy and dizzying as the music.

Speaking of the music, it’s a kind of technically-oriented, “progressive” approach to death metal with an odd mix in the production. I was expecting a typically modern separation, with everything balanced, distinct, and sharp-edged, but “Vermosapien” is unbalanced in unusual ways. It may not appeal to everyone, but I thought it actually suited the music, which is bent on separation of your skull and the pureeing of your brain.

Now we move from Florida to Sweden for our next video. 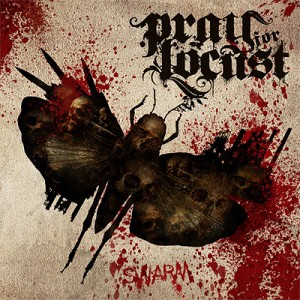 This Swedish band released their debut album SWARM in August 2010 on a label called Supernova Records (it’s selling as a CD here, as well as digitally on iTunes and Amazon mp3). I haven’t heard the album, but the band just released their official video for a song from the album called “Hang A Traitor”, so I’ve heard that.

Stylistically, the music is a mix of thrash and hardcore. I liked the wild, swarming, face-breaking riffs and rhythms, though I’m not yet sold on the vocals. Maybe they’ll grow on me. But the song overall is a high-energy barrage of musical mayhem, and I really liked the way the video caught that feel on film.

It’s a club scene, with the band playing on the floor and a mosh pit in action, and the lighting and editing are excellent. Bodies and faces move from shadow into light, popping in and out of visibility. Shots rapidly fade in and out, frames are sometimes speeded up or slowed down, and the action is caught from dozens of camera angles (including cool shots down the neck of guitars and bass from cameras mounted on the headstocks).

This was shot in 2011 by TDP Art Studios in Stockholm and was edited by André Sebastie. Excellent work. 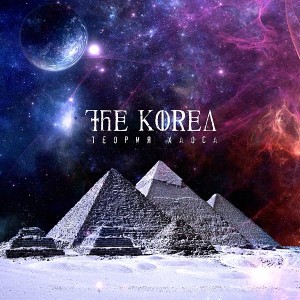 I found out about this video through an e-mail from TheMadIsraeli last night. I think his words were, “Trippy ass video.” Yeah, that turned out to be a no-bullshit review. “Trippy ass” pretty much sums it up.

The Korea are an unsigned band from Moscow (Russia, not Idaho). They’re on the verge of self-releasing a debut album called Chariots of the Gods, which we plan to review. In November, they released a single from the album called “Chaos Theory”, which is selling on iTunes, and that’s the song in this trippy-ass official video. It’s a mash-up of brutal, detuned syncopation, sci-fi freakazoidica, and hi-low vocal harshness in Russian (which for some reason makes it sound even more harsh).

The song is cool enough, but the video is what we’re really on about today. It includes a bunch of eye-catching CGI segments (maybe lifted from other sources?) interspersed with strobed-out footage of the band blasting away, which unpredictably shifts into moments of slo-mo capture before resuming the visual frenetics. I wish the vocalist hadn’t been so enamored of the crab-crouch, but weird shit does happen to his face, so there’s that.

The video itself is not the only cool idea this band had for “Chaos Theory”. Before the video debuted, they released a short trailer that I thought was quite creative. I won’t try to describe it, but I will include it below. Prepare to have your ass tripped:

15 Responses to “MOVING PICTURES! (from ABIOTIC, PRAY FOR LOCUST, and THE KOREA)”