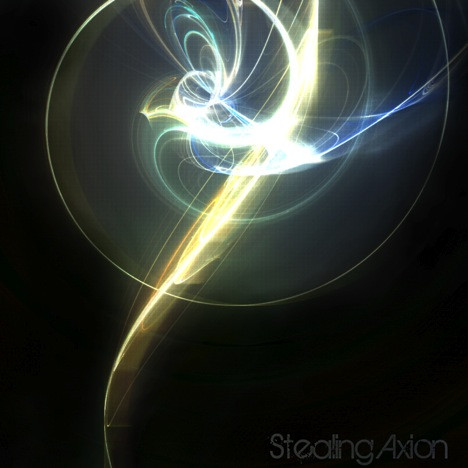 (TheMadIsraeli reviews the 2010 EP of a Tacoma, Washington, band called Stealing Axion — whose debut album is on the way — and we’re offering a free NCS download of the EP, too.)

Some of you may recall that not long ago I engaged in a bit of a fueled rant about djent in which I suggested (among other things) that the term should be replaced with “progressive groove metal”.  A lot of the best bands who have come out of this so-called djent scene often REALLY have nothing to do with “djent”.  Sure, they might incorporate a Meshuggah-like moment here and there, but when it comes to bands like Textures, Hacride, or in this case Stealing Axion, they simply do not fit into the djent mold as most people understand it.

This self-titled EP came out in 2010, perhaps a bit outdated for some who read this site for the newest and coolest in metal badassery, but Stealing Axion is no band to scoff at.  I’m mainly reviewing this EP as a prelude to the band’s debut full-length, Moments, due this year, which I also plan to review.  So, consider this review a primer and a sampler of what’s to come.

Stealing Axion is an unusual band indeed.  A band who borrow from Tool and Sevendust just as much as they do Meshuggah or Lamb Of God, Stealing Axion is ramping up to become a new leading force in the progressive groove metal movement, delivering a diverse sound that remains monstrously heavy at every corner, with a stunningly crushing mix brought by Acle Kahney of TesseracT fame (who is also  mixing and mastering Moments). 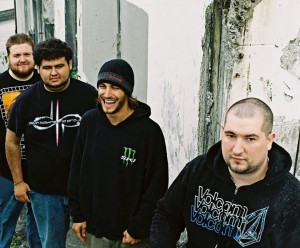 “Sleepless” is an unusual opener if there ever was once.  It sounds like shit is about to be all sorts of fucked-up, with profoundly immense opening chugs, gargantuan bass, and a sitar layered on top — but the song immediately shifts into a soft, ambient, acoustically based verse, the only remaining trace of heaviness being Phil Wilmarth’s thunderous bass tone providing a subtle hammer amidst the gentleness at play.

It isn’t until 2 minutes in that the hammer is really brought down, and a tidal wave of surging low-end brutality washes over you.  The song completely changes gears while somehow still maintaining the same mood, introducing fusion soloing and awesome, syncopated, melodic, Meshuggah-like riffing.  The song finishes nicely with the chorus becoming increasingly intense and more brutal.

“47 Days Later” kicks your teeth back into your brain the minute it starts, with an aural attack of thrashy, sinister riffing and Fear Factory style machine-gun antics.  The vocals take on a very death-metal vibe this time around, by contrast with the more metalcore bent of the vocals on the preceding song.  One of Stealing Axion’s best merits is their insane vocal diversity.  Josh Deshazo (guitar), Dan Forbrich (guitar), Charles Shaughnessy (guitar), and Phil Wilmarth (bass) ALL do vocals; there is no central vocalist in the band, which is a rarity.  The only member of the band who doesn’t contribute his voice is Blake Ferris (of now defunct groove-metal band Hostility), who is too busy unleashing double-bass laden hell to do much else.  The song also contains some nifty Opeth-ian proggy moments, as well as moments that call back to the more sinister sounds of Lamb Of God and even shades of black metal.  Pretty astounding stuff.

“Mirage of Hope” is a bit different, really reminding me of newer-era Soilwork more than anything, with the exception of a few industrial moments here and there.  Definitely one of the more melodic numbers on the EP, it still retains its heaviness and includes memorable lead work that proves to be a nice complement to the clean vocal melodies, creating a complex yet memorable tapestry.

“Eventide” is the slowest song on the album as well as the most melodic, an 8-string dirge with, yes, some of those djent sensibilities in the riffing, but only some.  It’s a powerful ballad with as much beef as it has grace and some fantastic melodies. It’s got such potency in its groove and power seeping through its crescendos and diminuendos.

“Everything Or Nothing” is the last song on the EP, and while it may start with an acoustic fade-in, do not be deceived.  The intro after the acoustic fade-in is also deceptive, suggesting something of a more contemplative number until a single guitar with a thrashy, low-end groove signals that the song is about to be propelled onward.  Once the full band comes in, listening is like being hit by a bus, the song becoming an intense, grooving onslaught until you hear its Meshuggah-esque outro — which is like being destroyed by a sonic atomic bomb.

I think Stealing Axion is on their way to becoming one of modern metal’s best bands.  To help introduce you to their music, we’re including the Soundcloud players for all the songs on the EP, but NCS is also providing you the EP as a free download, courtesy of the band themselves (in both .zip and .rar formats).  I will also include the album trailers they put up on YouTube.

I hope you enjoy this. In the near future, look for my review of Stealing Axion’s debut full length, Moments, when it hits.