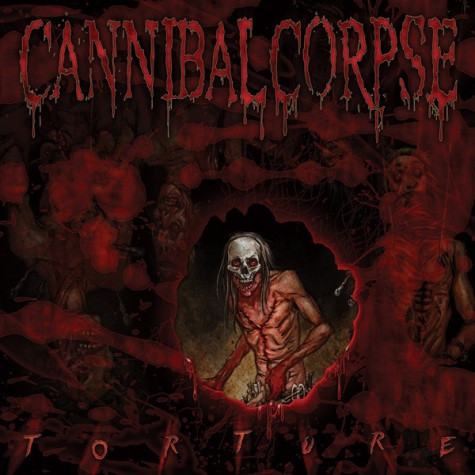 What a feature-packed Monday this has turned out to be!  The latest thing to catch my bloodshot eye is that gnarly Vincent Locke album cover up there, from one of the gnarliest-ever, ever-gnarly death metal bands ever: Cannibal Corpse.

Yes, the next Cannibal Corpse album is fast approaching (with the Metal Blade release scheduled for March 13) and it will be called Torture. More from today’s press release: “While Torture marks the latest progression in the band’s sound, it also witnesses a return to what drummer Paul Mazurkiewicz accurately terms ‘the frenzied attack of Butchered At Birth (1991) or Tomb Of The Mutilated (1992),’ infusing the band’s advanced musicianship with the raw savagery that haunted their earlier releases, and in the process conceiving the definitive CANNIBAL CORPSE record.” Can I get a throaty FUCK YEAH!?  Thank you.

Also, you may remember that one week ago we zapped up on this site a YouTube leak of the first track from Torture called “Demented Aggression”. Unauthorized thing that it was, it got yanked from YouTube fairly quickly. But now, we have an authorized stream of the song for those who missed it. That’s right after the jump (and yes, it lives up to that “raw savagery” billing), along with pre-order info for the album. Also after the jump: more news about Meshuggah’s next album.

To pre-order Torture, go here. Lots of cool bundles available via that link. For example, this one (nice shirt): 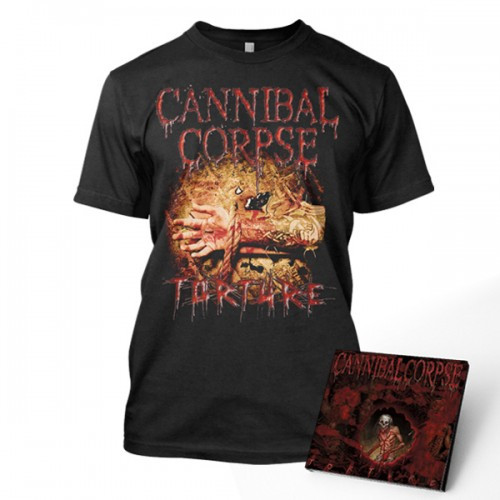 It’s really not much news, but frankly this is one of those albums where every tiny morsel will receive and deserve attention.

Today’s morsel: The album will be called KOLOSS.

It will be released in North America on March 27 and in Europe on March 23. Today’s quote from drummer Tomas Haake: “As always, we try to take our music in a slightly different direction with each album and with KOLOSS we feel that we really nailed what we were going for.  Organic brutality, viscera and groove all crammed into a 54-minute metalicious treat, best avoided by the faint of heart!!”

That is all our Meshuggah news for today. You may now resume normal breathing. 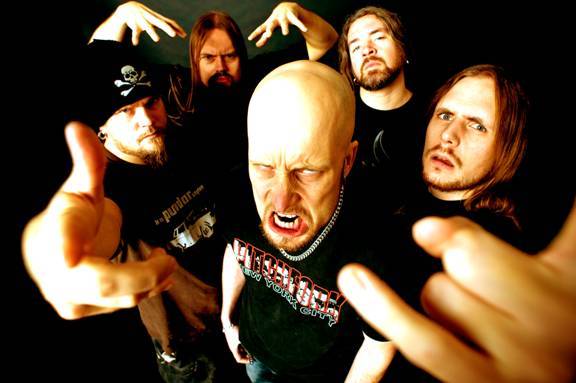