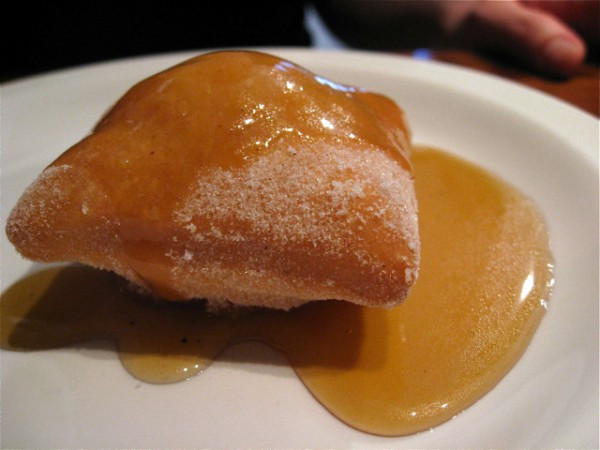 I guess you’ve figured out by now that we didn’t black out the NCS site today.  Frankly, I got confused.  I thought on-line sites were organizing a protest against sopapilla.  I’ve long been a supporter of sopapillas.

I used to eat them all the time in Tex-Mex restaurants when I lived in Texas.  They’re popular in other border states, as well as in many countries in Central and South America.  If you’ve never eaten one, you’re really missing out.  They’re kind of a fried pastry, sometimes powdered with sugar and/or cinnamon and served with honey.  They’re light, they’re crispy, they’re kind of chewy.  They’re just damned good eating.

So why, I wondered, were people up in arms over sopapillas?  Y’know, they may not be the healthiest food in the world, but shutting down places like Wikipedia and Reddit in protest seemed like an overreaction to me.  I mean, buffalo wings and pizza are crappy kinds of food and you don’t see anyone organizing internet blackouts over them.

Then I figured out that people weren’t protesting sopapillas. They were protesting SOPA and PIPA!  Turns out these are acronyms for bills that are pending in the U.S. Congress — the “Stop Online Piracy Act” in the House and the “Protect IP Act” in the Senate. They seem to be targeted at non-U.S. web sites that pirate intellectual property owned by U.S. businesses, but there are (or were) provisions in the bills that would require U.S.-based sites to make sure they aren’t linking to foreign sites that engage in piracy. 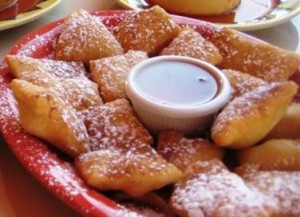 Lots of people seem to think these bills would set up censorship regimes that would hurt freedom of speech on the web. If that’s true, then they are BAD THINGS!  I don’t want anyone telling me I can’t say fuck whenever I want to. Or maybe people just don’t want Big Brother to stop them from downloading music and movies without paying for them. I’m not really sure.

According to this report, the sponsors of the legislation have now agreed to delete provisions that would require internet service providers to block access to foreign web sites accused of piracy, and this report from earlier today says that key Republican Senators have now withdrawn their support for the Senate version of the legislation in its current form. Also, this statement released by the Obama Administration over the weekend also appears to withdraw support for the pending bills.

But, of course, if you trust that parcel of rogues in Washington to do the right thing without people looking closely over their shoulder every minute of every day, I’m afraid you’ll be in for a disappointment. Seems like the best course is to continue putting pressure on elected officials to steer way clear of online censorship or fucking with the architecture of the internet. Here at NCS, we think those would be BAD THINGS!

On the other hand, we doubt that anyone really gives a fuck what NCS thinks about political issues. So, here’s a good recipe for . . .

Method:
Mix the yeast with the warm water and let it sit for five minutes.
Combine the flour and salt.
Add the butter and sugar to the yeast/water mixture and then slowly add to the flour and salt.
Knead for two minutes, until dough is smooth and elastic.
Rise in a covered, greased bowl for one hour or until dough is doubled in size.
After dough has risen, punch it down, and on a floured surface, roll it out into a 1/4-inch thick rectangle.
Using a knife or pizza cutter, cut out 3 inch squares, and then cut squares on the diagonal into triangles.
Heat up three inches of oil in a big pot to 375 degrees.
Fry two triangles of dough at a time in the oil for one minute on each side. The dough should puff when it hits the oil.
Drain, and then sprinkle with cinnamon and sugar.
Serve hot with honey.
Makes about 18 sopapillas.