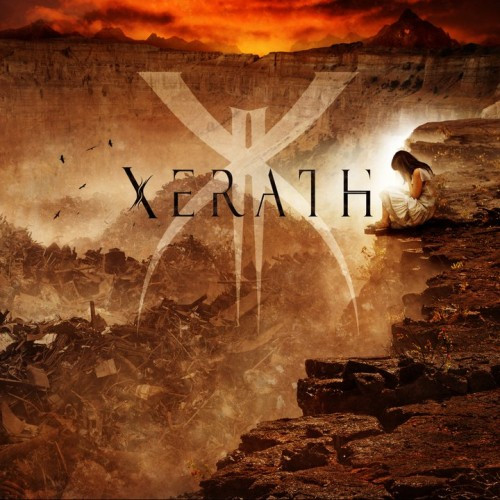 (Slowly but surely, TheMadIsraeli is reviewing or re-reviewing his picks for 2011’s best albums. Today, the pick is Xerath’s second full-length.)

Few bands have impacted me in the last year more than Xerath has.  Combining the regalness of Vader, the rhythmic mind-fuckery of Meshuggah, and the bone-grinding groove of Pantera, and smothering it in grand, romantic-era orchestral overlays, they’ve been at the forefront of what appears to be a rash of extreme orchestral metal.

Other bands such as Fleshgod Apocalypse, Septic Flesh, and Gromth are also proving that the classical music of old and the metal of now are really not all that incompatible by bringing forth a style in which the metal and the orchestral are joined as one, constantly weaving in and out of each other.  It could be argued that this is the synthesis of the two most legitimate styles of music ever created, the ultimate product.

Maybe I’m being overly grandiose or overstating the importance of what’s going on here, but Xerath and other bands who are fully incorporating orchestration are hitting me the right way, breathing new life into heavy music for me.  I guess what I’m trying to say is that I have a feeling this orchestral extreme metal thing is going to become extremely prominent in the future, and I think that’s for the betterment of metal as a whole.

Xerath’s propulsive hypnotizing grooves are assisted by the riffing you’d expect with open/close note syncopation, bending and churning, and by some good old-fashioned Fear Factory-styled machine-gun action.  The vocals supplied by Richard Thompkins call back to the enraged and out-of-his mind Devin Townsend of SYL’s City days, while the bass and drums of Christopher Clark and Mike Pittman provide a powerful rhythm section that knows how to grab you by the throat.

But what really matters here is how this all comes together, how Xerath incorporates the orchestra, and how the concept of the music never manages to bog it down or compromise the brutality of it.

Let’s just look at the opener by itself, “Unite to Defy”.  It begins with such a dark, brooding, string-driven epitaph, but then the song kicks into high gear with Owain William’s earth-splitting guitar, and you’re engulfed in the aural cascade.  I mean just listen to this shit:

The way the orchestration wraps itself around the contemporary instrumentation is something rarely heard before.  This is the synthesis of two of the most technical, most intricate, most powerful forms of music ever created.  HOW IS THIS NOT RIGHT FOR THE WORLD!?

But that’s only the opening fucking song.  You have other celestial sledgehammers waiting, like the imperial groove monster “God of the Frontlines”, with its punctuated assault of staccato’d riffing, dissonant attacks of industrial machine-gun weaponry, and dignified yet brutal mood.  Or fuck, how about the song “The sound of a fucking nuclear fucking fallout that eliminates all life on earth and causes the planet to fail like the teeth on a meth head”, also known as “Reform Pt 3”?!  Meat-grinder caliber riffing, banshee wails of uncompromising terror, and a chorus that could destroy the internal atomic structure of the universe itself:  Why WOULDN’T you love this? 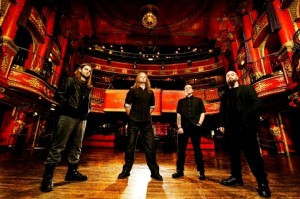 “The Call To Arms” might offer you something of a break from the chaos of the previous song if it weren’t for the fact that it practically fires tiny hooks into all your tendons and muscles and FORCES YOU TO GROOVE THE FUCK OUT.  The chorus is one of the best sections of music I heard all last year, and the way the chorus is reprised for the badass solo courtesy of ax-man Owain Williams is a testament to Xerath’s compositional prowess.

The hooks are still in you at this point, because “Machine Insurgency” has the same sense of groove, though with a far different character, one composed of twisted riffs that sound like metal in a trash compactor contorting itself into jagged sheets of antimatter.

“Sworn To Sacrifice” is a less energetic, more plodding and somber number than the rest of the album.  It features some of the darkest riffs on the album and one of the best choruses, a dread-filled swell of strings and a reserved, djenty riff.  “Enemy Incited Armageddon” is a powerful jackhammer, combining thrash and death metal riffing, while “Nuclear Self Eradication” is just all over the place.  It contains grooves-a-plenty, but still retains a somewhat random-feeling aesthetic, and it features an excellent outro solo from the mighty Emil Werstler of Daath fame. “Numbered Among The Dead”, for a penultimate song, is a trudge through burnt corpses accompanied by the sound of two planets smashing together.

As a closer, “The Glorious Death” is about as close to perfection as you can get.  An undeniably catchy drum assault fades in, getting you into the groove, and then out comes the Meshuggah-style, open-note punctuated riffing and a grand orchestral theme hanging over it.  The song’s got twists and turns, a beautiful, fully orchestral interlude, and fucking operatic music to serve as the outro.  I’m pretty sure this song is the sound of the earth finally vanishing into an abyss, never to be seen again, and an epitaph for the human race. It’s an excellent album closer.