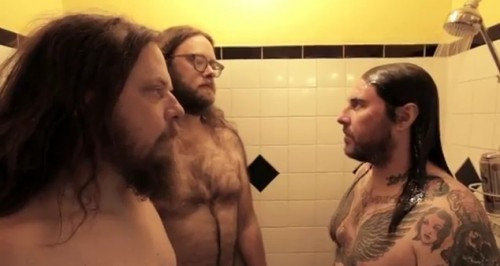 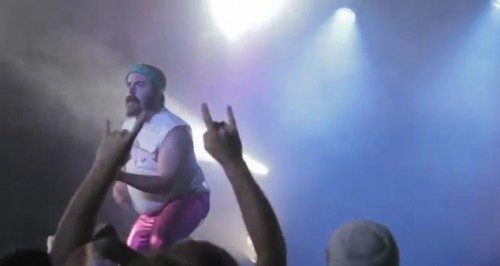 I happen to like Red Fang’s music, but when it comes to Red Fang’s videos, it really doesn’t matter what you think of the music. They could be playing “Achy Breaky Heart” on a butt trumpet and the videos would still be funny as shit to watch. And now, hot from the cutting room, we have yet another addition to the Red Fang cinematic library: The “Hank Is Dead” video.

People who’ve been following the advance hype already know that the video involves an air guitar competition, but there’s more: awkwardly unclothed dudes who should never be seen without clothes, aerodynamically magnificent paper airplanes, an awesome wristwatch, plenty of beer, and plenty of beer. Also, there is a lot of beer.

If you don’t have some fun with this song set to this film footage, then, as much as I love you for reading NCS, I have to conclude that you have a case of tight-sphincter syndrome and you need a good loosening up.

Speaking of which, no, I don’t know what a butt trumpet is. It just seemed to fit the sentence. Watch the video after the jump.