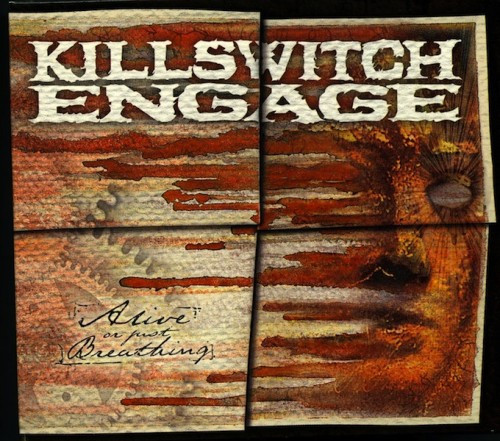 (Yesterday, a new splash-page photo greeted visitors to the official web page of Killswitch Engage — part of which you will see after the jump in this post. It shows a new figure front-and-center in the line-up, Jesse Leach apparently back in the fold. So, it’s fitting that today we’re launching TheMadIsraeli’s series on his all-time favorite albums with this post on a record by Jesse Leach-fronted Killswitch Engage.)

This is the beginning. This will be my Top 20 albums of all time.  Yes, an all-time list — the bane of any music lover, including me, but I cannot deny the effect that certain albums have had on me.  Whether because of their musical merit or more personal connections, I’ve never been able to drop these 20. No other albums in recent memory, no matter how good, have come close to knocking these off their pedestals.

I originally chose from a pool of 50, and from among those I’ve had  a list of 20 planned out for a while, though a few of those have changed as I’ve thought more about it (although the majority have been forever constant).

It’s fitting that I should start the series with this album on this day, given the recent signs that KSE’s original vocalist Jesse Leach has returned to the band. For me and many others, that’s a sign of hope that Killswitch Engage will finally rise back up to metalcore prominence.  Maybe it won’t, maybe I’m just nostalgia-driven at the moment. We’ll see.

When Alive Or Just Breathing emerged in 2002, I had just made my official transition into metalhood.  I had abandoned my shameful nu metal past and adopted the ways of the brutal and the fast.  The first two metal albums I ever bought (at the same time no less) were Slayer’s Reign In Blood and In Flames’ Whoracle.  This was around 2001-2002, I can’t remember exactly.  What is important is that the metalcore movement was about to take its first steps into prominence. 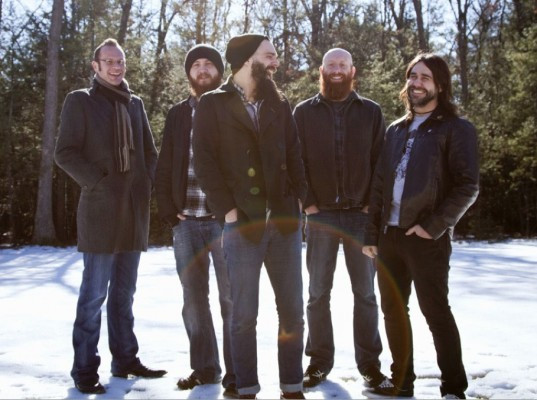 We all know the big four of metalcore: Killswitch Engage, All That Remains, Shadows Fall, and God Forbid.  They all had debuts out in this timeframe, but those were relatively overlooked releases at the time.  Those bands were all onto something, but very much still developing their respective sounds.  Little did most people know what the product of this refinement process would become.

Fast forward to 2003.  I’m looking through my local Sam Goody (ANYONE REMEMBER THOSE FUCKERS?!) and I see the cover picture shown at the top of this post.  As I recall, hilariously enough, it had one of those stupid ass “for fans of” stickers.  What were two of the bands mentioned?  That’s right, In Flames and Slayer.  Obviously, my curiosity was piqued and I bought the album.  I was not prepared for what awaited me.

The first minute of “Numbered Days” hooked me instantly.  I was dazzled, confused, awe-struck, overwhelmed.  Here was a band combining the melodic sophistication and grace of the Swedes with the balls and grit of the American hardcore aesthetic.  The riffs were catchy, beefy, and brimming with anger and energy; the vocals were filled with conviction, passion, and agony, accompanied by Mike D’s monstrously huge bass and (at the time) Adam D’s ferocious, yet pop-infused drum assaults.

FUCK, did these guys know how to groove. No doubt, the band could thrash as well, as evidenced by blazing numbers like “Sons Of Man” and “Self Revolution”, but Killswitch functioned best when they got down and dirty with songs like the stomper “Life To Lifeless” and the band’s signature tune “My Last Serenade”.  It all had such an attitude about it, a convincing one, and a powerful one.

This was also my introduction to real metal with clean singing in it.  As you might guess, my formative foundation in Slayer and In Flames had left me totally uninterested in anything that didn’t follow suit, that is until Alive Or Just Breathing.  Jesse Leech just has “it” when it comes to vocals.  It’s one thing to be a band’s cheerleader at live shows, or to be the guy who makes brutal grunting noises on the mic, but it’s another thing when a vocalist can convey true emotion and passion through his voice.  Jesse had this capacity in spades, both in his clean vocals and in his monstrous howls and shrieks.  He is THE metalcore vocalist.  Always will be.

And he had all this combined with explicitly Christian lyrics that were sincere, devoid of ham and cheese, and refreshingly stripped of any patronizing preachiness.

I remember the days when you could look at the band’s booklets and see God first and foremost in the thanks. It’s funny to reflect on a band reaching their musical peak when they were proposing what many understand to be the most un-metal thing in the universe — religion, and especially Christianity.  But for me, given my own religious beliefs, something about this album made me feel that I could still have a place in the metal world.

This was also one of the few albums at the time with which I connected emotionally, and I still do.  I relate to every lyric on this album in one way or another, and it has never failed to edify me, regardless of the stage of life in which I’ve found myself.

We all know the Killswitch story as it unfolded following this album.  KSE fell into mediocrity after they decided to follow a more secular route and recruited Howard Jones, who I found to be a totally lifeless, purely mechanical vocalist. All the inspiration in the band just seemed to fade away and be gone.  They reclaimed some of it on As Daylight Dies, but not enough.

But this album — this album defined a generation.  A whole movement is owed to its existence.  The imitators will never reach this level; none of them ever have.  Powerful yet melodic, refined yet raw, potent yet controlled, all of this is why Alive Or Just Breathing is one of my top 20 albums of all time.

Can KSE now reclaim their throne?  Let’s hope so.  We will see.