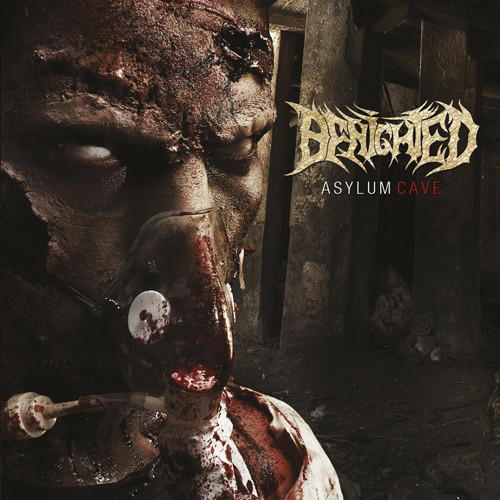 We didn’t review Asylum Cave, the 2011 Season of Mist album by France’s Benighted. Nevertheless, it was one of the most blistering death/grind albums of last year. Today, we got a reminder of that when the band released their official video for “Let the Blood Spill Between My Teeth” — which is such a vividly descriptive title not only for this particular song, but also for what happens to most people when they hear it.

It is for songs such as this that we keep close at hand the patented NCS rawhide chew, which allows us to listen comfortably without biting through our tongues.

Such a great song. It unexpectedly moves from fast to blazing, and then back to merely fast, like a speed-shifting, coked-to-the-eyes Formula One driver with a behemoth engine behind him and an open road in front . Within the great blur of this tightly controlled but utterly bestial song, the band even manage to spin out an unexpectedly melodic passage, and stomp their whirlwind delivery with gut-shaking grooves that make it stand out even more.

I confess that I’m not entirely sure what’s happening in the parts of the well-made video that don’t involve the band whipping up a whirlwind of sound, except it seems to involve blood and a death (but what else did you expect?). If you don’t have a good rawhide chew handy, proceed with caution, but do check out the video after the jump.

10 Responses to “VIDEO VIOLENCE: BENIGHTED’S “LET THE BLOOD SPILL BETWEEN MY BROKEN TEETH””