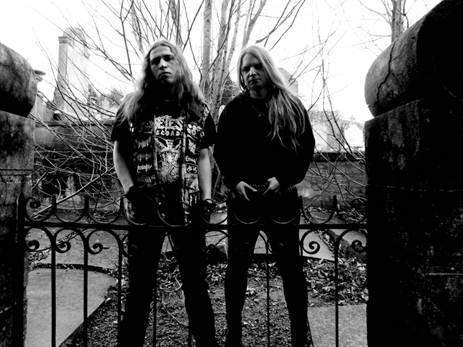 Can you name the band signed most recently by the venerable Century Media Records? Well, you’re looking at them. They’re from Valence, France, and they go by the name NecroWretch. And here’s where you say, “Necro who?”

In their careers as musicians, they’ve led something of a charmed life. Before being signed by one of the largest and most prestigious of metal labels, they had produced a grand total of two demos (in 2009 and 2010) and a four-song EP in 2011 — Putrefactive Infestation. The signing announcement came yesterday and it included this quote from Jens Prüter, head of A&R at Century Media Europe: “The Putrefactive Infestation 12″ dominated my turntable for some months and I’m sure the upcoming album will be as sick and heavy!”

Yes, of course, there will be a forthcoming album — though it hasn’t been written yet. The label that released the 2011 EP (Detest Records) first plans to release a 7″ NecroWretch EP titled Now You’re In Hell on March 10 at Asphyx’s album release party at the Turock club in Essen, Germany, where NecroWretch will also be performing. That new EP will include an original NecroWretch song and a Death cover.

Of course, I became curious about the Putrefactive Infestation EP — this four-song collection that landed an unheralded French death metal band on Century Media. I tracked it down and spent time listening to it yesterday, and it’s a very promising find — an authentic throw-back shrouded in cemetery stench and Sunlight Studio sonics, flavored with hair-raising blackened vocals and, of all things, hooky (but evil) melodies. 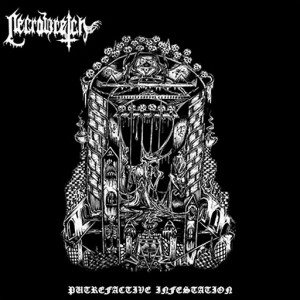 The title track takes a half minute of start-stop lurching before the song tumbles into a groove, a groove encrusted with barely dried viscera. The rhythm dynamics play a vital part of what makes the song cool — it’s part d-beat Dismember-ing, part death ‘n’ roll, part death-doom. Yummy.

A blackened air infects “Sepulchral Pleading”, with vibratory guitars drilling holes and a disease-ridden melody sticking with you ’til the end. And the vocals are once again supremely evil, their hateful shrieks echoing off crypt walls as the chainsaws roar all around them.

The third track is a rancid spree called “A Rancid Spree”. It’s a fine example of graveyard robbers on a corpse-stealing mission. After a classic death-doom intro, the distorted guitars spin up to speed and start cutting through meat and bone, with echoing banshees screaming for the old blood. A skittering melody comes and goes, and tempo dynamics keep the attention fixed.

“Sadistic Expiation” finishes off this all-too-short musical offering. It belches out more of the old-school gore, tremolo chords insinuating themselves ominously through the massive grinding and the muffled pounding of the drums. Both monstrous and catchy, it’s an authentic capture of shades of Grave and Unleashed.

This is some sweet sickness. Based on the evidence of Putrefactive Infestation, I’m fucken stoked that we’ll be getting a full NecroWretch album and a Century-worthy distro of it when it’s done. Check out the title track in this widget, along with a trailer for the 7″ EP to be released in March (which I’m also separately including in a YouTube clip below).:

And here also is a clip of the song “Sadistic Expiation”

When Putrefactive Infestation was recorded, the band was a three-piece unit and looked like this: 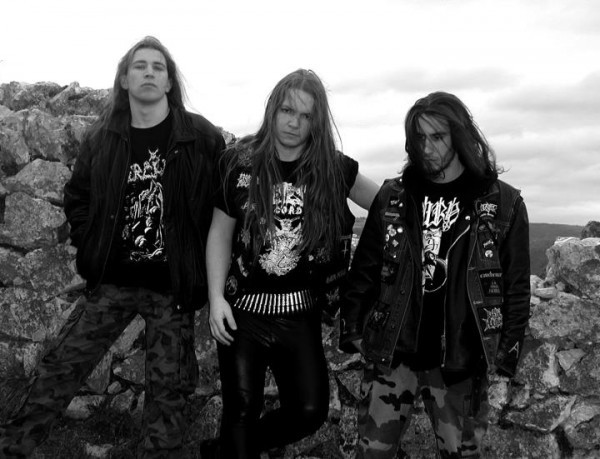 The drummer has now moved on (“due to a total lack of motivation”), and for the time being, the band is functioning as a duo consisting of vocalist/guitarist Vlad and bassist Amphycion.

And finally, here’s a video of the band performing live last November (with a drum machine):