Last year, Andy Synn reviewed this band’s fine 2011 album, Gallows, for us (here) and wrote this: “The sandpapered vocal chords of Ms Grace Perry vomit forth a virulent stream of putrid bile and hateful invective over a plethora of gut-wrenching, street-level death metal riffs and sharpened knife-fight guitar melodies, which flicker and stab without warning.”

Grace Perry does indeed deliver the sandpapered vocals, and she’s also a riveting presence on stage. You get good evidence of both in the band’s new video for the song “Beaten and Left Blind” — a vicious, cutting piece of black thrash: 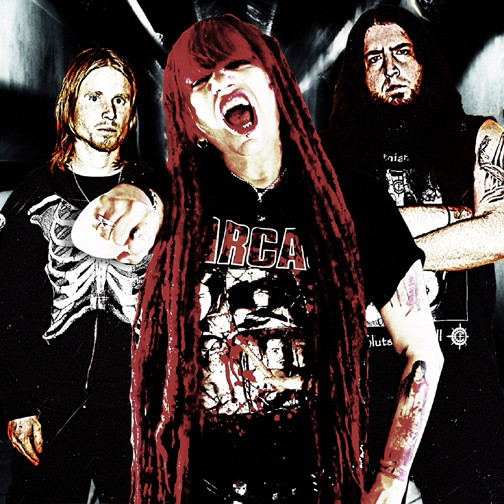 I featured this South Florida band in our last post devoted to girl growlers in December (here). At that time, I had a teaser for an album called The Ultimate Deception, which was to be released by Goomba music. Based on the teaser, I was impressed, and wrote this about front-woman Ipek: “Sounds like she can (a) shriek like a black metal banshee, (b) growl like a death metal animal, and (c) do some decent clean vocals, too.”

That album is now on the verge of release — February 14. In the run-up to the release date, the band have debuted a song called “Despised Existence” at Hails and Horns (here), as well as a creative cover of Metallica’s “Fade To Black”, which also appears on the album. Here are both songs, which feature all of those Ipek vocal styles I attempted to describe above: 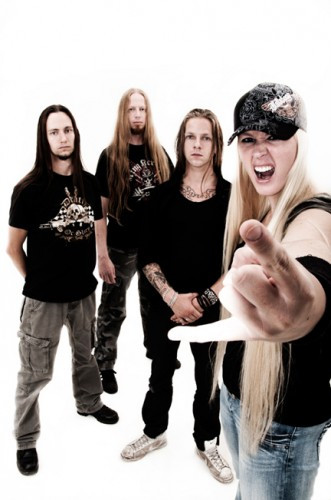 Izegrim is a Dutch death/thrash band who’ve been around since about 1998, though their current vocalist — Marloes — has only been with the band since 2008. Last year, they signed to Listenable Records for the May 2011 release of their most recent album, Code of Consequences.

Over last weekend, the band released an official video for a new song called “Victim of Honor”, which is intended to bridge the gap between the last album and the next one. Marloe’s vocal tone reminds me of Angela Gossow’s, though I confess I could be influenced by the fact that she’s also blonde and easy on the eyes. Through this video, we also get some insights into what she thinks should happen to men who beat up women. Can’t say I disagree.