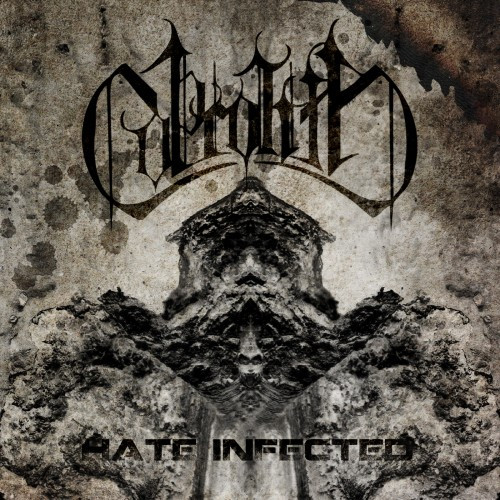 In the realm of infernally regal blackened death metal, the bands that continue to rise up first in this writer’s mind are Polish juggernauts Behemoth and Hate, despite the fact that the blackening has worn off them over time, at least in sound if not in attitude. Of course, they are not by a long stretch the only bands who have brought about such a strikingly hellish union of those musical styles. Porvoo, Finland’s Coprolith have done it, as I discovered in listening to their new EP, Hate Infected.

This forthcoming, three-song offering is a prelude to the band’s second full-length album, which is projected for release in the fall of this year, and it follows the band’s 2010 debut album, Cold Grief Relief (which I haven’t heard).

The title track sets the hook right away with a thundering riff and a ripping lead melody. It’s a tasty combo of eminently headbangable groove and occult atmosphere. The melodic guitar solo brought a smile to my face, and so did the vocalist’s deep roars and chilling shrieks. The black hasn’t worn off Coprolith’s death metal.

“Chemical Suicide” proves that the title track was no fluke. A dark melodic lead floats over another killer riff that’s prime headbang material. It sounds like a giant industrial machine shaking the girders in some hellish manufacturing facility, implacably punching out war machines while a horned foreman exhorts the demon workers from a bullhorn. 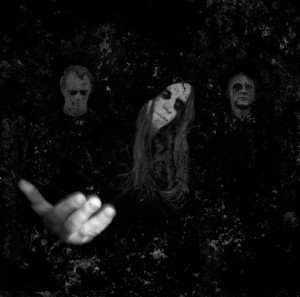 A mournful tremolo lead introduces the final track, “Deserting Reality”, and its shimmering melody reappears, moving up and down the register while the granite-hard foundation of the song shakes with massive tremors as the massed armies of the night stomp their martial march in unison.

It’s obvious that I’ve been mixing my metaphors between the warlike and the industrial, but this convulsive music brings both images to mind: It’s the military-industrial complex of the nether regions, an effective fusion of titanic death metal might and melodic black metal hooks. It’s an EP worth getting in its own right and a tantalizing advertisement for Coprolith’s next album.

Hate Infected is scheduled for release as a download on February 15 by the independent Finnish label Violent Journey Records. The album began streaming today at the Finnish Kaaoszine web site, but catch it quick (here) because the stream will end on the release date.

More Coprolith music, including two freely downloadable songs, can be found at their Facebook bandpage (here) or at ReverbNation (here). And in touring news, Coprolith is about to begin a four-date tour of Spain with NCS favorites, Noctem. Details are available here.

These are band links:

Now excuse me while I go track down Cold Grief Relief.