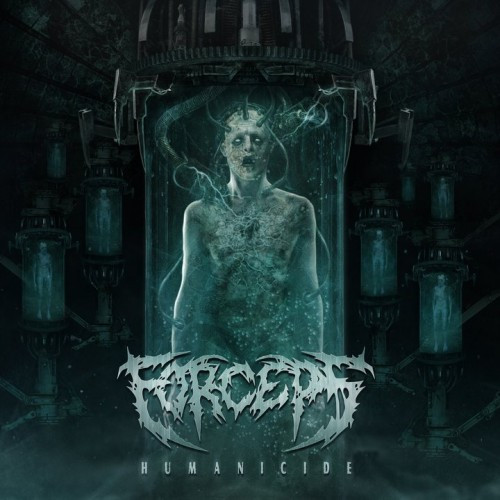 This is the first of three short posts today about single songs from divergent corners of the metal sphere — divergent not only geographically, but also musically.

Forceps is a Brazilian band who plan to release a debut EP called Humanicide later this year. I don’t know how many songs it will include, when it will be released, or what factors will determine the timing. What I know is that the band have released a song from the album for streaming. It’s on YouTube and Bandcamp. The name of the song is “Transmutation of Internal Organs”.

I came across them via a Facebook friend’s recommendation. When I began listening, my loosely organized brain immediately began loosely organizing the music according to genre. I thought, “brutal slam metal, with groove.” Gunner drumming, hammering/blistering riffs, abyssal growls. And then some spacey atmospherics intruded, and the vocals elevated into an abraded shriek. And then at 2:40 a too-short phalanx of headbangery came running out of hiding. And then came a brief burst of melody.

By song’s end, I decided my original genre classification was wrong, or at least too simple. Brutal, yes. Slamming, yes. But the tech-intensive riffing and all that groove and the vocal variety and the catchy melodic hooks — they mean something else. Whatever the label, this is nice. Check it out following the jump; we’ll update you when the EP drops.