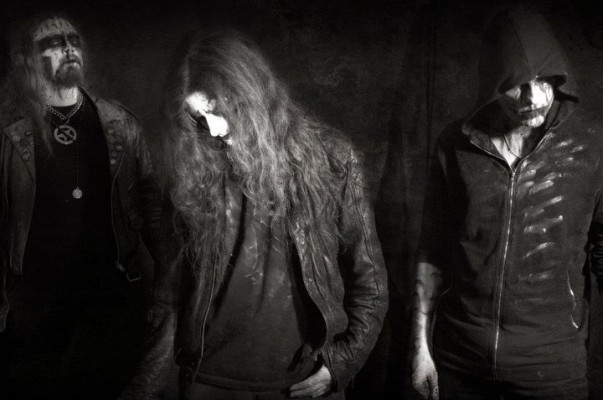 Here’s the second of today’s three posts about new song premieres from bands we like.

Last month, we featured the eye-catching cover art created by Olve J. W. l for an album I’m highly anticipating — the new one from Belgian black metal band Enthroned. They recently signed a two-album deal with Agonia Records. Their new album, Obsidium, will be released on March 20 in Europe and on April 10 in North America.

Yesterday, the band debuted the album’s magisterial title track. It’s a charging, plunging animal with claws out and teeth bared, marked by an insistent, needle-like guitar melody that’s already hooked itself in my head. Nornagest’s scraped-throat, mid-range vocals are passionate and powerful, and the brief moment of clean singing behind them works quite well.

This is a jam that I would put on a repeat loop for the morning if I could. It bodes well for the album as a whole. Have a listen after the jump.