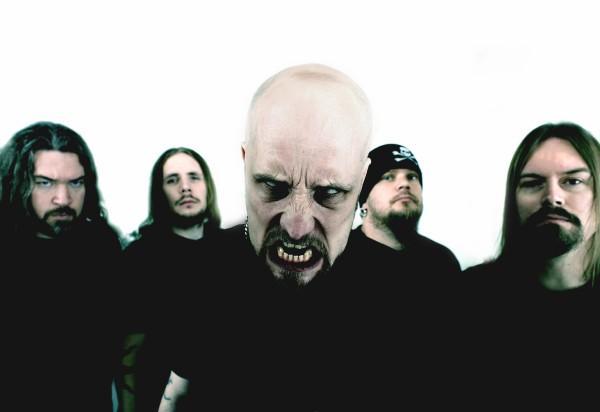 Last Thursday we broke the news about the apparently intentional leak of the first song from Meshuggah’s forthcoming album Koloss. That’s right, WE broke the news, along with 80% of all metal blogs in existence, 50% of all Facebook pages, and the e-mails you got from your grandmother.

Well, guess what, today we have an O-FFI-CI-AL release of the same song, this time with its proper name — “Break Those Bones Whose Sinews Gave It Motion” — instead of “iamaleak”. It’s available for streaming on Meshuggah’s Facebook bandpage. BUT, the band have ALSO released an official lyric video.

The opening frames of the video explain the title of the song: It’s an excerpt from a quote by philosopher, physician, organist, and 1952 Nobel Peace Prize winner Albert Schweitzer: “Revenge… is like a rolling stone, which, when a man hath forced up a hill, will return upon him with a greater violence, and break those bones whose sinews gave it motion.”

The more I listen to this song, the more I like it. It’s so dark and cold, and so very heavy. “This is the soundtrack to our hostility . . . .” Watch the video after the jump.

7 Responses to “NEW MESHUGGAH SONG, WHICH YOU’VE ALREADY HEARD, BUT WITH VIDEO BELLS AND WHISTLES”